Ghanaian actress Yvonne Nelson has revealed shocking detail about her life on social media. The actress made the revelation while answering questions posted by fans on Twitter. 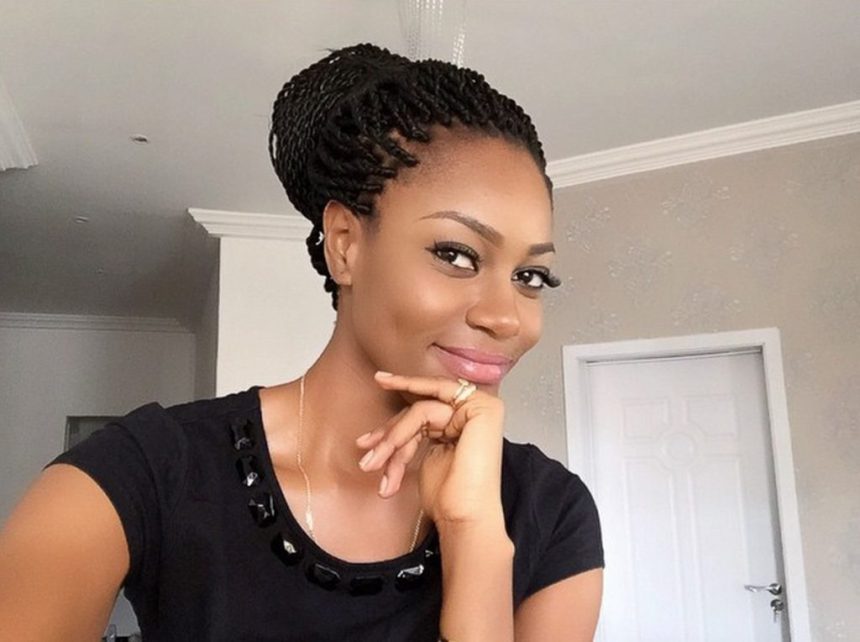 The actress was asked by a fan to reveal the first time she had intercourse, when she replied, her answer came as a shock. 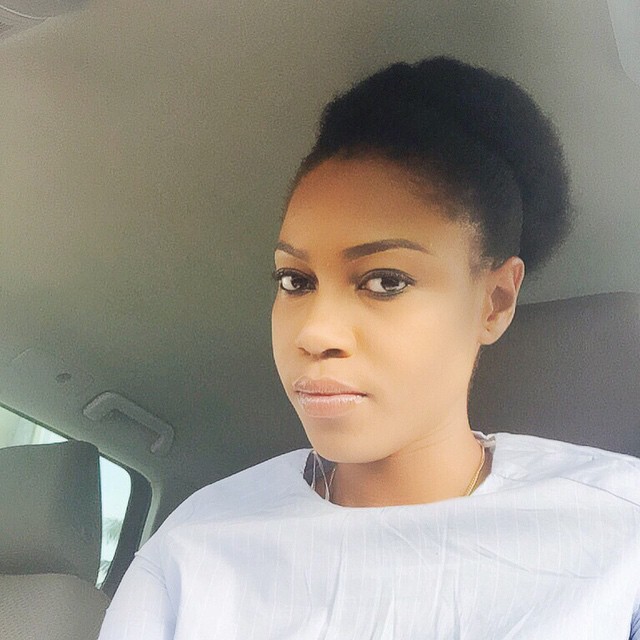 The beautiful mother of one claimed that the first time she ever had intercourse in her life was in 2017. She expressed that it was on February 14, 2017, during the Valentine’s Day celebrations that year. 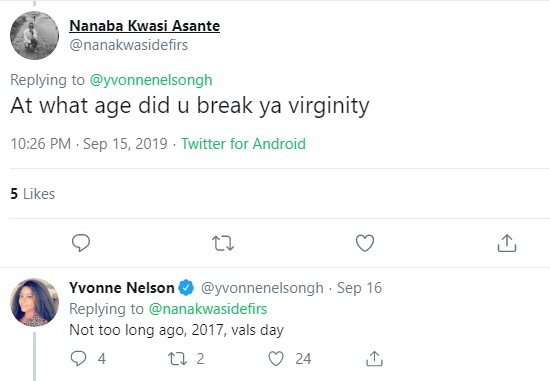 The 33-year-old actress, has a daughter with her ex-lover, Jamie Roberts. Her daughter’s name is Ryn Roberts.

Why I celebrated my eviction – Gedoni speaks

Don Jazzy reacts to CBN’s plan to charge on deposits, withdrawals above 500k

Timi Dakolo is the New Signee of Virgin EMI Records 👏🏾

Best friends, Bobrisky and Tonto Dikeh take turns to shade men who only have big manhood to offer

Bobrisky gives two reasons why he supports Tacha in the show.

#BBNaija: Betweeen Mercy and Tacha few years back; who is the bleaching queen?

BBNaija: Seyi thinks Tacha is in love with him (Video)

BBNaija: The Moment Seyi Had A Locker Room ‘Fight’ With Khafi – VIDEO