Here are the voting Results!

Recall Tacha was disqualified for physical violence against Mercy.

Below is the full voting result! 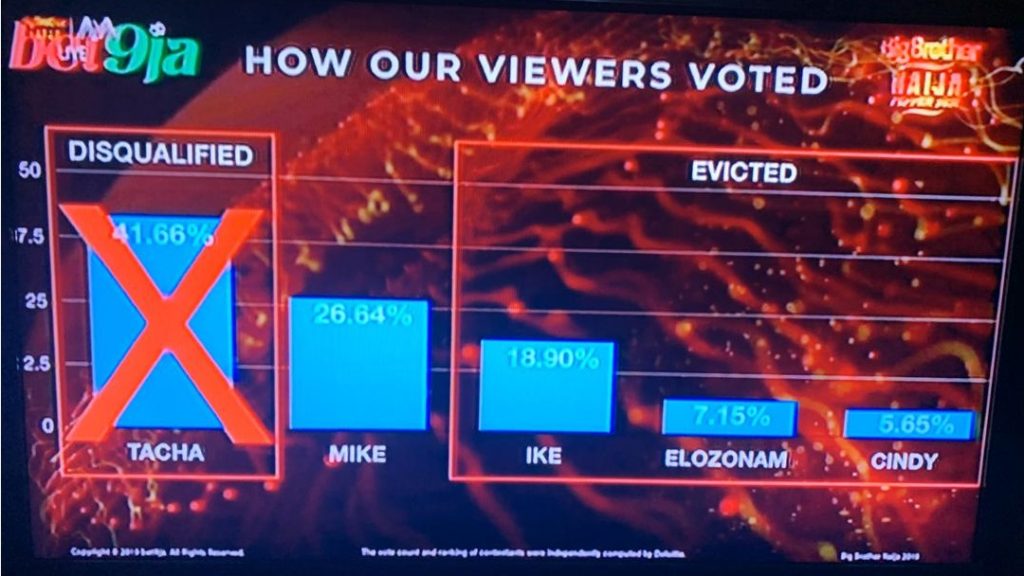 Tacha led the poll with a whooping 41.66% votes! That’s almost half of the votes!

Elozoname came fourth and was evicted today, with a 7.15% votes.

Cindy came fifth and was evicted today, with a 5.65% votes!

Following Tacha’s disqualification, there have been uproar on social media as there are claims that Tacha is being held against her will for refusing to grant interviews and go on media rounds.

Tacha yesterday to calm the storm, shared a video on her IG page tell her fans to “Cease fire”, as she’s fine.

A new claim says she was forced to make that video and she is still being held against her will. (See here)