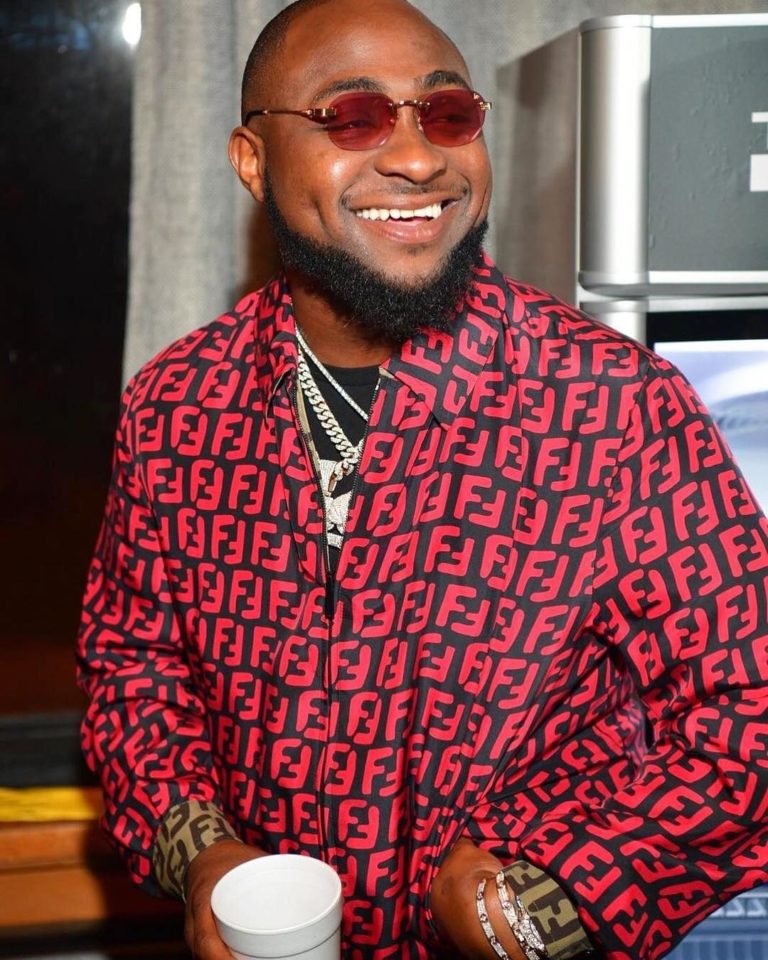 One of the most recognised African artistes is rooting for Omashola to win the grand prize in the Big Brother Naija competition and its no other than DMW boss, Davido.

The singer recently endorsed Omashola to win the ongoing 2019 Big Brother Naija. He also acknowledged Tacha and Kim Oprah being his friends.

I had 3 friends in the big brother house and I said to myself It wouldn’t be fair if I chose one .. the 3 were Kim Oprah tacha and omashola .. since it’s just down to won !! It’s only right ! So I say omashola for the win!! 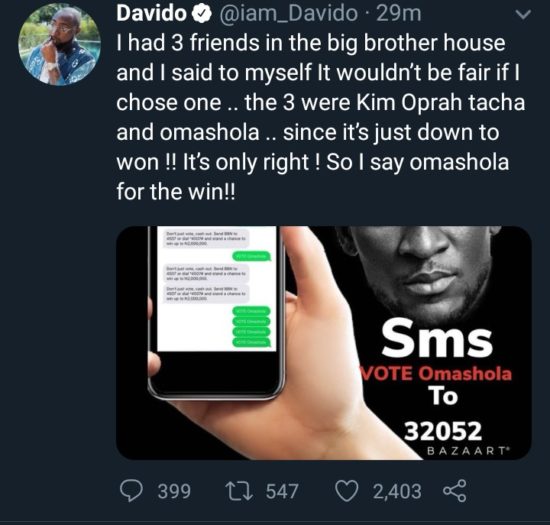 Davido declares himself and Wizkid as the greatest artiste of all time, Burna Boy Reacts