eBuzz Nigeria
Home Viral BBNaija: What Housemates Woke Up At 3am To Do To Each Other...

The Pepper Dem Gang never tire of trending on the much needed drama needed to spice up the house and this time is no exception as they were spotted awake at 3am, having pillow fights. 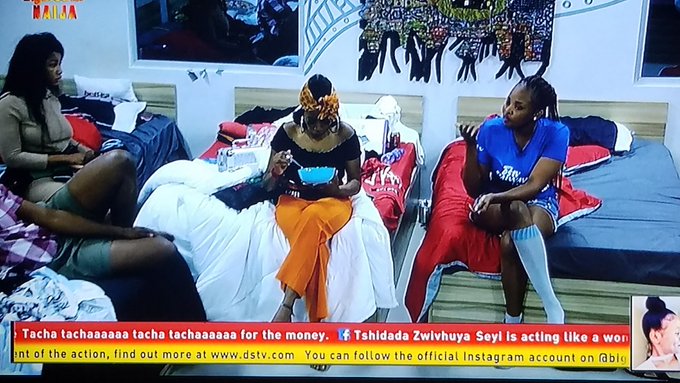 After putting up a brilliant performance in the talent showcase Task, the Icons had won their Wager for the week. They were in an ecstatic mood unlike Team Cruisetopia who didn’t like the fact that they lost. But 3am saw all the housemates putting apart their egos and engaging in a pillow fight that pumped up the energies in the room.

Jackye and Mike were also spotted in a rather interesting tussle. The pillow fight lasted well over 45 minutes.

Fans were surprised that the housemates woke up at 3am to have fun but happy to see them all enjoying themselves. Here are some comments gathered:

Pillow fight,, now watch how this issue will be sugar-coated in favor of their fav😂😂😂😂

“Who played pillow play when they were teenagers and with who? I did with my sister.”

#BBNaija one pillow fight yall are upset…………..wait am also a bit annoyed, i like their friendship bt i get annoyed when they get physical. Mayb am jealous pic.twitter.com/ON2QTcW4Hd

“Nigerians we are so funny ooo, what was wrong with the pillow fight really?? Did it create any sexual content, habàaaa!!! Abeg judgemental pple, at least wait till they create such content !!!!”

Me during the whole pillow fight that lasted too long #bbnaija pic.twitter.com/D7NEzIz6wK