Boaz is a biblical figure whose partnership with Ruth set a remarkable model for love affairs. Boaz and Ruth story, Boaz name meaning and facts. The Bible is a sacred book of inspiring messages mostly in stories. 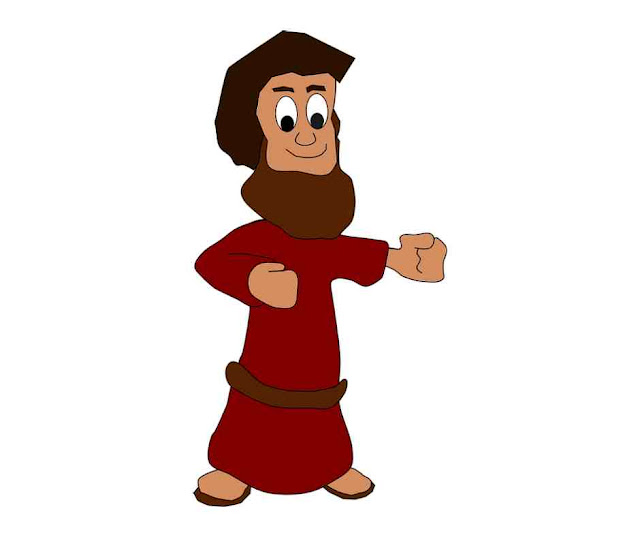 The story of Boaz and Ruth is a clear example of God’s faithfulness in bringing about His plan of redemption using unexpected partners, in amazing ways and during a time of frequent unfaithfulness of God’s people.

Boaz is the son of Rahab and Salmon, a wealthy Bethlehemite kinsman to Elimelech the husband of Naomi. He married Ruth, and redeemed the estates of her deceased husband Mahlon. Boaz is seen by everyone as a set model of piety, generosity and chastity. He found virtue and rewarded it.

The story of Naomi, Ruth and Boaz is one of the most moving accounts in the Bible. The events occurred during the period of the judges, about a century before David became king of Israel. Set in the midst of great hardship and tragic loss, the story focuses on loyalty and faithfulness that starkly contrasts the pagan Moabite culture from which Ruth originated.

Boaz was the prince of the people, he personally supervised the threshing of the grain in his barn, in order to circumvent any immorality or theft, both of which were rife in his days.

As earlier stated, Boaz is a resident of Bethlehem and kinsman of Elimelech, Naomi’s husband. In Ruth 2:1 he is described as a gibbor chayil, a phrase which can mean either “a mighty man of valour” or else “a man of position and wealth.” The latter is probably the sense in which the phrase is applied to Boaz. He had fields outside the town, and to them Ruth went to glean.

Boaz noticed her and extended special kindness and protection towards her, bidding her remain with his female workers, and charging the men not to maltreat her, and also giving her of the reapers’ food at mealtime.

Boaz awoke one night and found Ruth lying at his feet. Aroused out of his first sleep by Ruth, he was greatly frightened, as he thought that she was a devil; and he was convinced of the contrary only after touching the hair of her head, since devils were believed to be bald. He praised her virtue, and promised to take charge of her if her dead husband’s next-of-kin failed to do so. He laid her case before the next-of-kin, and finally redeemed the family property himself and bought as well the right to take Ruth in marriage.

The son of Boaz and Ruth was Obed, father of Jesse, and grandfather of David. 1 Chronicles 2:11,12 makes Boaz a descendant of Hezron, and so probably a chief of the Hezronite clan in Bethlehem. Jewish tradition also identifies Boaz with Ibzan (Judges 12:8-10).

Boaz is the husband of Ruth, a wealthy Bethlehemite. By the “levirate law” the duty devolved on him of marrying Ruth the Moabitess (Ruth 4:1-13 ). He was a kinsman of Mahlon, her first husband.

What is the meaning of the name Boaz?

Boaz (the husband of Ruth, from the Bible) is defined as “quickness” or “swiftness”. It actually means”strength is within him”, (i.e bo = in him, az= strength). The etymology of the name has been suggested by many as be’oz , “in the strength of”, or bo’oz , “in him (is) strength” from the root ‘zz, “to be strong”.

Where did the name Boaz come from?

Jewish (Ashkenazic): from the Hebrew personal name Boaz (of uncertain etymology). In the Bible this was borne by Ruth’s rich kinsman who later became her husband. This is also found as a gentile surname in Britain and Sweden.

What does the Bible say about Boaz?

In the Old Testament, the son of Rahab (who may be Rahab of Jericho) and Salmon, Boaz was a wealthy landowner of Bethlehem in Judea, and kinsman of Elimelech, Naomi’s late husband. He noticed Ruth, the widowed Moabite daughter-in-law of Naomi, a relative of his (see family tree), gleaning grain in his fields.

What is the Boaz Blessing?

The Boaz Blessing is a book of encouragement to see how God ordered Boaz, Ruth and Naomi’s footsteps and to see where God led them and how He put them together. The book also shares with greater insight that God will take care of all your needs, just walk in His will.”

Top 10 Nigerian Artiste of All Time

Richest Musicians in the World [Top 20]

How much do you know Sandra Achums?