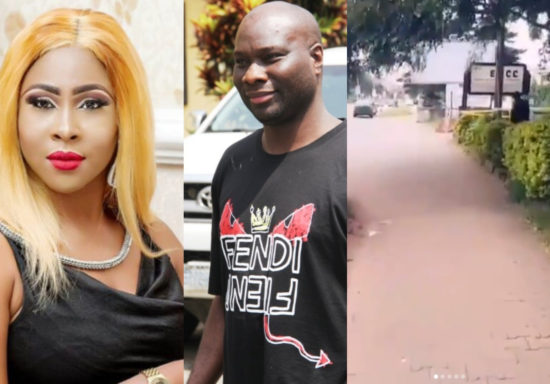 Charity Nnaji continued her troll post against Mompha who was arrested by the Economic and Financial Crimes Commission (EFCC) over his alleged involvement in internet fraud and money laundering.

Sharing a collage of the arrested Dubai-based Nigerian man with some of his assets, the Nollywood actress whose troll post centered on being publicly shamed by Mompha for begging him for money, stated that it is better to be a beggar than being a fraudster.

Hmmm Billionaire indeed…just take a look at .. Lemme warn all of you, i am not here for clout chasing, comments or likes … its better to be a beggar than a fraudster… As for you all commenting rubbish on my page.. i can feed you all and your generation (No be mouth), i am in my office begging..when i am done begging i Will come and respond to your dumb ass …#EFCC Will come for you too anytime anyday .. You Will go and join your oga… pray you wont be the next escape goat. 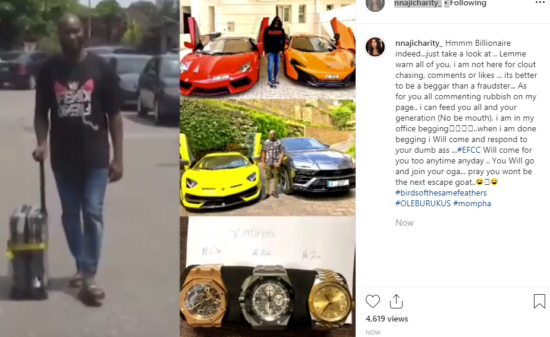 Charity Nnaji also denied begging Mompha for money as she made a clarification on her DM exchange with him. According to the actress, her NGO reached out to him for humanitarian assistance. 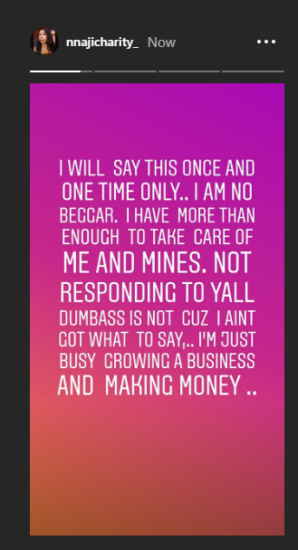 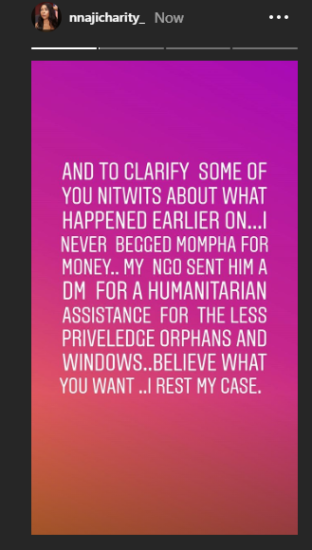 Just Like Naira Marley, Another Nigerian Musician Jailed For ‘Yahoo-Yahoo’

Ned Nwoko excited as he poses with Wizkid (Photo)

Mompha released from detention after perfecting his bail conditions

You Won’t Believe What Singer Tiwa Savage Did For Her Son, Jamil As He Clocked 4

Yinka Ayefele confirms arrival of his set of triplets