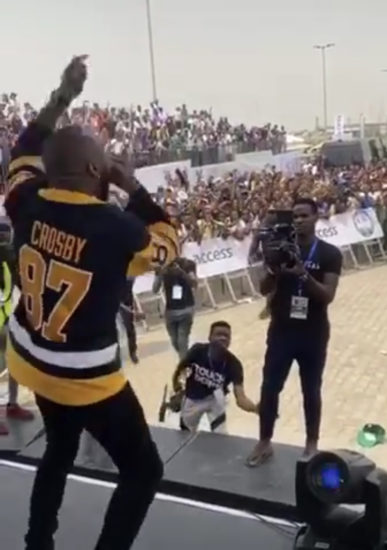 Davido almost took to his heels after one of the fan that was present at a show where he performed jumped on the stage from nowhere and started dancing, as seen in the video attached below.

The singer who just arrived Lagos from Dubai this morning was a standout performer at the Lagos Marathon Event. While performing one of his tracks “Dami Duro”, an excited fam who took advantage of the unsuspecting guards and hopped on stage for a dance with the star.