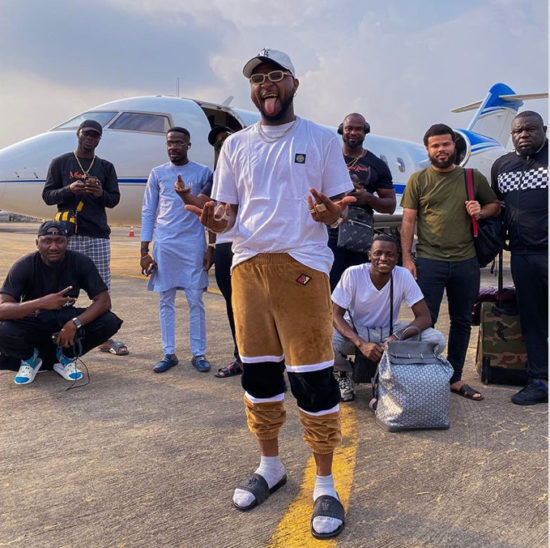 Sometimes around May, 2018, Nigerian music star, Davido claimed that he bought a private jet which he later opened up on the real owner of the jet.

After enjoying fame and attention from blogs that shared his claim, the self acclaimed Omo Baba Olowo revealed the truth that his Father owned the jet.

On Friday, November 29, Davido took to his Instagram page to announce that he would be storming Enugu, Asaba and Jos for live performances.

Regarding the schedule, he shared photos of himself with his team after a successful trip and the singer puts all attention on the private jet with his caption.

“Peep the new paint job on the jet”, Davido wrote.

Davido excited as ‘Fall’ gets Gold certified in America