eBuzz Nigeria
Home Viral Davido Snub Olamide As He Chased Him For A reconciliation At Kizz... 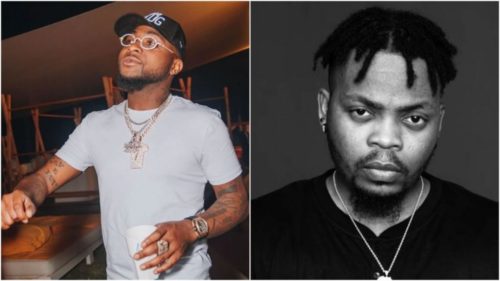 After a wonderful performance from both sides, they get to meet at backstage and shared a brotherly love.

Nobody knew if anybody was the conduit of this settlement as at now, but all we knew was they’re back on track of being brothers.

However, before then, Olamide had just finished performing on stage and making way out of the hotel when Davido and his gang were just coming in. On seeing Davido, Olamide seemed like one who was excited and he started shouting “OBO.” But to everyone’s surprise, Davido ignored him like he was never even present. This got Olamide curious as to why Davido could have ignored him, he doubted if Davido heard him and then he decided on taken a drastic action. He ran after Davido, holding his shirt to have him stop but OBO still ignored him and walked quickly out of the place.

Davido declares himself and Wizkid as the greatest artiste of all time, Burna Boy Reacts