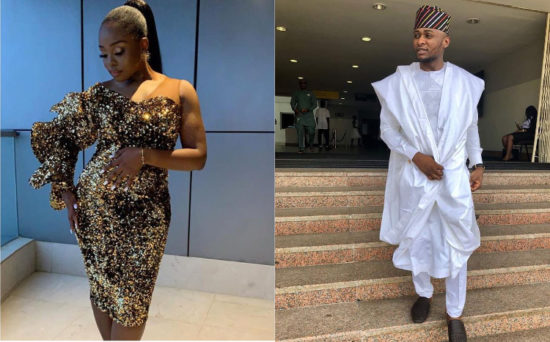 Ubi Franklin took to his Instagram page to share a photo of Jennifer Rowland with the caption;

‘Happy Birthday @jenniferrowland_make me a dress this year‘

The birthday wish looked innocent to every other person except for Davido and his fiancée, Chioma who took to Ubi Franklin’s post to ‘warn’ him to stay off their sister and in-law. 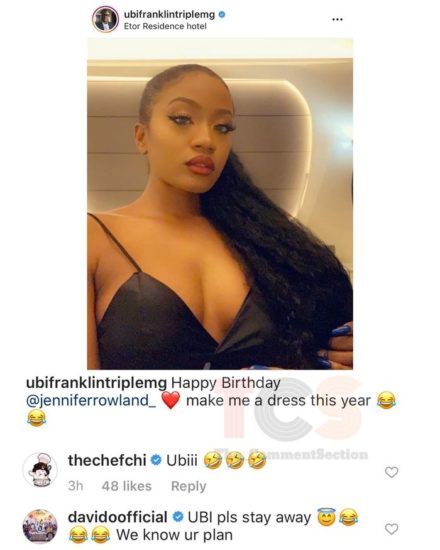 Actress Nse has quarantined herself and this is how it should be because when a celeb does this,they encourage others to do same and everyone who should be isolated knows what to do.. The post Actress Nse Ikpe Etim Quarantines Self After Arriving Nigeria From The UK appeared first on . Nigeria Nse I
March 21, 2020March 21, 2020

#ViralNow news pick: Kizz Daniel Fires Manager After Being Allegedly Slapped By Davido Singer Kizz Daniel has fired Tumi Lawrence, days after he alleged that Davido slapped him at his December, 2018 concert in Lagos. In a statement released via his Fly Boy Inc record label, the singerrevealed that a
January 11, 2019March 16, 2019

E-Kelly is Engaged to Girlfriend Nina after six of Dating

Superstar producer E-Kelly has popped the question to his longtime girlfriend, Nina, and she said “Yes.” E-Kelly took to his Instagram to pen down a lovely note to his wife-to-be, describing how he felt those beautiful butterflies in his belly the first day they hung out that beautiful Wednesday
December 1, 2019December 1, 2019

Actress, Iya Rainbow dresses in a white garment to pray for Nigeria (Video)

Veteran Nigerian actress, Iya Rainbow has taken the affairs of Nigeria to God in prayers. Sharing a video of herself dressed in a white garment and praying for the country, the 77-year old actress, wrote, ‘God, my country Nigeria is dying’. Nigeria is a great country with rich natural resources.
September 4, 2019September 4, 2019

Wizkid is speaking out against his fellow celebrities for what he perceives as stupid and dumb comments. Starboy took to his twitter account to advocate against violence amidst report of store looting in Nigeria. He wrote; “Violence is never the answer! Pls my people ! Don’t loose yourselves! &#
September 5, 2019September 5, 2019

“Don Jazzy Son Of David, Have Mercy On Us” – Nigerians Cry Out As They Pour Out Their Problems

Nigerian record producer, singer, songwriter, and entrepreneur Michael Collins Ajereh, better known as Don Jazzy, did something remarkable for a young man on Twitter earlier today. The Twitter user and fan of Don Jazzy identified as ‘Brown Skin Boy’ asked Don Jazzy for a birthday gift in a tweet
July 22, 2019July 22, 2019
Next