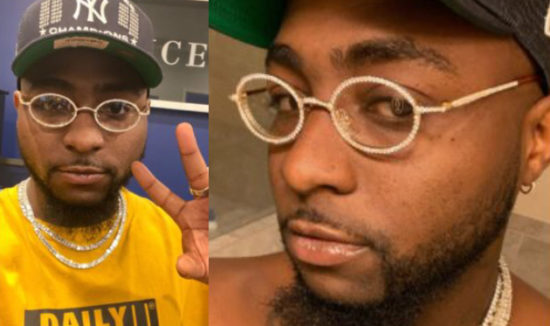 Davido was  bewildered on Monday when he misplaced his diamond encrusted Cartier eyeglass that trended online some days ago.

He was spotted with the eyeglass, for the first time at the naming ceremony of his son with Chioma, Ifeanyi Adeleke.

The singer announced with grief on his Insta story yesterday that the eyeglass has gone missing, stating that he’s going to cry because he cherished it so much. 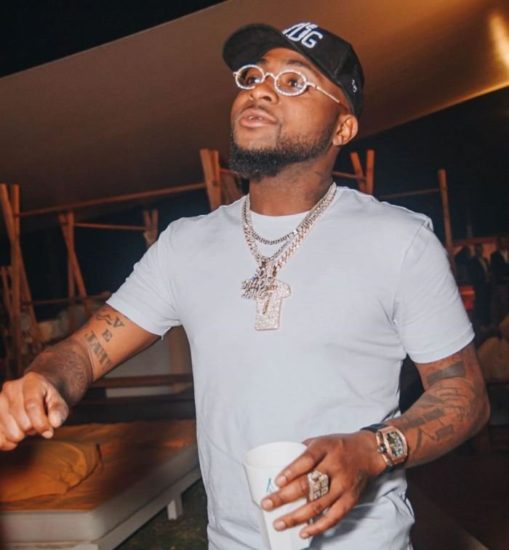 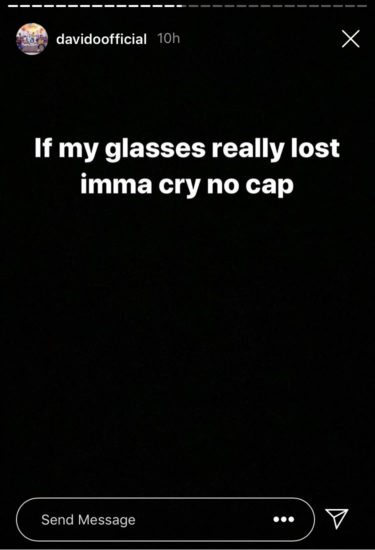 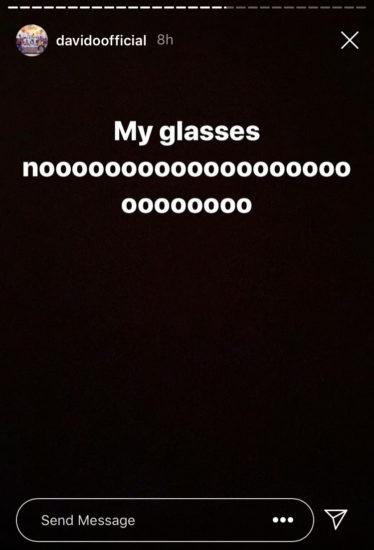 Previous story :Trending: Here’s What Glory Osei Said in her Tweets (A Summary)

The drama continues to unfold in the season four of the Big Brother Naija (BBNaija) reality show as the housemates try to give  fans a taste of the hot gossip and peppery gist they clamour for. Currently the hot topic on social media is how BBNaija housemate, Jackye has become obsessed with fellow
July 16, 2019July 16, 2019

Famous blogger and former musician, Tunde Ednut reacted to Zlatan’s inclusion in the next rated, headies award. It’s not only Zlatan Ibile that seem not to have that much of excitement in him following his nomination in the headlines next rates award category. Some of his fans, as well as Tunde
October 3, 2019October 3, 2019

Wizkid has been Nominated for 2019 Soul Train Awards

Following the huge success of his recent Starboy Fest our very own Wizkid has been nominated for the 2019 Soul Train Awards. The singer made it to the list for his collaboration with Beyoncé on her hit single, Brown Skin Girl. Wizkid was nominated in two categories: Best collaboration and the Songw
October 28, 2019October 28, 2019

Frank Edwards is celebrating his 17th year of being healed of Asthma. According to him, he has never used an inhaler since then. Saying a prayer for those going through same challenge, Frank Edwards wrote; “Today marks 17 years God healed me from asthma and I’ve nev
July 19, 2019July 19, 2019

#BBNaija: Mercy is the woman Ike has been searching for - Ike's sister approves relationship

Cindy, the sister of Big Brother Naija housemate, Ike, has seemingly approved her brother’s romantic relationship with fellow housemate, Mercy which took off after they met in the reality TV show. Cindy while reacting to a tweet which insinuated that the couple are “obsessed” with each other,
September 23, 2019September 23, 2019

Adekunke Gold had a funny reply after a follower said his song Ire that was released just last year has been his ringtone since last year. “Ire has been my ringtone for three years straight,” the follower wrote. But he wasn’t telling the whole truth and Adekunle Gold set him straight. “Ire t
December 4, 2019December 4, 2019

FUTA viral video: Victim opens up on real reason she was assaulted

Earlier on, social media went agog with a video of a group of students of the Federal University of Technology (FUTA), Akure, beating up a 100 level student. In the video, the gang was seen hitting her with sticks. Following the suspension of the students involved, the victim identified as Boluwatif
November 20, 2019November 20, 2019

BBNaija: Venita has been evicted from the Pepper Dem House (Video)

Venita Akpofure has been evicted from this year’s BBNaija Pepper Dem reality show. Venita polled the lowest vote in the eighth week, she has spent a total of 42 days and nine weeks in the house. Venita joined the Big Brother House to become one of the housemates of the BBNaija season 4 tagged Pepp
September 9, 2019September 9, 2019
Next