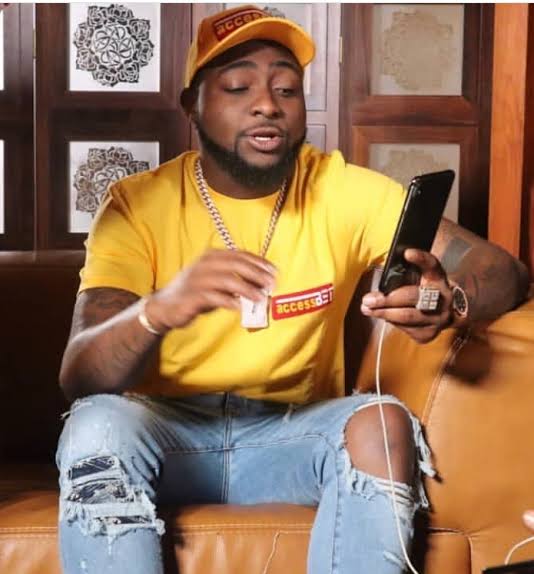 Davido who is still currently enjoying the Emirates after celebrating his brother’s wedding in Abu Dhabi last weekend, has broken yet another record with his 2017 hit track “If” which has now been watched a hundred million times on Youtube.

Davido is just good at what he does, a recent video showed the DMW boos performing during a freestyle segment called, ‘Wildstyle’ on Nick Cannon’s Wild N’ Out. Like that was not enough success to talk about this week, he has again made the news for the massive views on “If“. 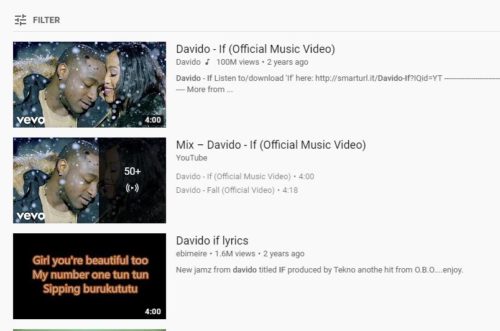 Legal proceedings have been instituted by the lawyers of Bereau De Change operator, Ismaila Mustapha popularly aka Mompha, against the EFCC. Mompha who was apprehended on allegations of fraud and money laundering, filed a suit before a High Court of Lagos State, against EFCC for his continued dete
November 22, 2019November 22, 2019

#ViralNow: See How Much Kemi Olunloyo Makes On Twitter Every 2 Hours

#ViralNow news choose: See How Much Kemi Olunloyo Claimed She Made On Twitter Every 2 Hours Incase you don’t know Anty Kemi Makes cash on twitter, Anytime you reply her on twitter or point out her in your tweet, twitter really pays her In her latest tweet she wrote: Thank you everybody. I made $87
February 24, 2019February 24, 2019

YBNL boss, Olamide and the DMW boss, Davido finally settles their issues yesterday night at Kizz Daniel’s show. After a wonderful performance from both sides, they get to meet at backstage and shared a brotherly love. Nobody knew if anybody was the conduit of this settlement as at now, but all we
December 27, 2019December 27, 2019

Iyabo Ojo daughter, Priscilla finally opens up on her relationship with Lil Kesh

Beautiful brand ambassador and daughter of veteran Nollywood actress, Iyabo Ojo, has finally opened up to her fans and followers about her relationship status with Nigerian rapper, Lil Kesh. Priscilla Ajoke Ojo who was rumored to be in a relationship with Lil Kesh ever since they were seen on a date
July 27, 2019July 27, 2019

Ray Hushpuppi is encouraging people from poor backgrounds to let them know that where they are going to can be better than where they started off from. Sharing a photo of three luxury cars to Instagram, the Flamboyant dresser wrote a motivational speech that reads: “T
August 2, 2019August 2, 2019
Next