Young, fast rising music act Opeyemi Babatunde Rahim popularly known as Lyta got a huge surprise from DMW boss, Davido. Davido took to Twitter this morning to announce that he’s working on a collabo with Lyta. He wrote, “Who’s ready for that OBO X @official_lyta.”

This is coming after the young lad took his exit from Olamide’s record label, YBNL recently due to some personal issues he faced during his stay.

In a recent interview that surfaced online, Lyta opened up about the events that led up to his exit from the label as well as his battle with depression and his mother’s blindness.

Fielding a question about the nature of his deal with the label, the young hip hop act claimed that he never had any written contract with YBNL, as he was only spotted on the street and brought into the label by Olamide.

On how he was remunerated for his efforts as a member of the label, Lyta said there were times when he got paid as much as 50-80k. He, however, added that after the release of his singles Time and Selfmade, he never got anything as compensation.

He said at a point in time, he got a call from his dad telling him that a benefactor had shown interest in supporting his music, and as such he should bring it to Olamide’s notice. 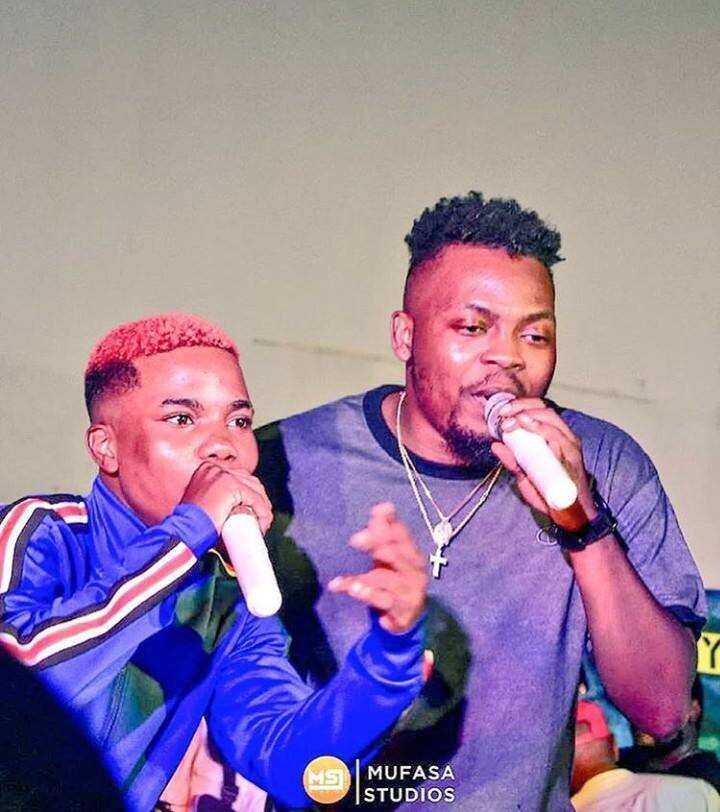 On informing Olamide, the rapper gave him a go ahead and told him to proceed if he thinks the move is best suited for his career that the time.

“I am broke. Please stop asking me for money” – Hushpuppi

Hushpuppi has informed his fans, family, relatives in advance to stay clear from him and not demand money from him this period because he is broke. He stated that he is in an unpleasant situation, battling with his own personal problems too. Hushpuppi revealed this in a new video he posted on social
December 12, 2019December 12, 2019

Nigerian gospel artiste, Nathaniel Bassey has revealed the secret to becoming a success in a series of tweet that he published on his social media page on Thursday. The gospel singer reveals that the geographical location of a person does not guarantee success except you are where God wants you to b
February 21, 2020February 21, 2020

2face Idibia has called out Hushpuppi for attacking Nigerian celebrities who are yet to speak up against the recent Xenophobic attacks against Nigerians. In a post shared on his IG page, Hushpuppi blasted Nigerian celebrities for not speaking up against the recent attacks. His post read “After you
September 4, 2019September 4, 2019

Toyin Lawani in a new post on her IG has posted the Direct Messages some old perverts sent to her 14 year old daughter, Tiannah. According to the serial enterpreneur, some perverts believe her daughter is the one running the Instagram page she opened in her name and have been sending her some messag
August 21, 2019August 21, 2019

During the Bet 9ja Arena games, 23 year old Diane sustained an injury on her hand. She tried to endure the pains but she still could not hide it after she completed her task. Being a strong girl, her hand did not stop her from successfully finishing the Arena Games in 1min 37seconds . The
July 20, 2019July 20, 2019

Big Brother Naija housemates were not exempted from the glitz and glam of the 13th edition of The Headies Award. They came, saw and served us different types of hot pepper in their outfit. From Tacha, Mercy, Avala, Mike & his wife Perri to Seyi (Sucre Papito) and Elozonam… they came prepared.
October 20, 2019October 20, 2019

Nigerian comedian Bovi and his wife Kris continue their prank ahead of his 40th birthday and this time, his friends Freda Fracis and Ann. Bovi and his wife Kris decided to play this prank on his friends to test their loyalty ahead of his 40th birthday. The first friend they In the videos he shared
September 22, 2019September 22, 2019
Next