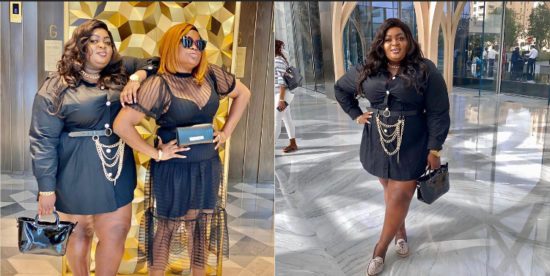 If you have seen the latest photos on the Instagram feed of actress, Funke Akindele, you will know that she is  enjoying life right now with her colleague, Eniola Badmus.

The photos show that the two actresses are currently cruising the beautiful place  in and around Dubai, enjoying the delights of the Emirates.

The major aim for the Dubai trip is far from just vacation and tourism around the city, they are majorly out to make more money by working on the sequel to their hugely popular movie ‘Omo Ghetto’.

That’s the official reason anyway, the way these two have been chilling you would think they were on vacation. If Funke drops a post about chilling, Eniola immediately drops one as well. It’s almost like they’re on a challenge!

Wizkid’s Son, Zion Balogun Shows He Is A Stunt Rider

“My music career success is a threat to haters” - Yemi Alade