Nollywood actor turned politician, Yul Edochie has shared that at the time he got married at age 22, he didn’t have anything in his bank account. 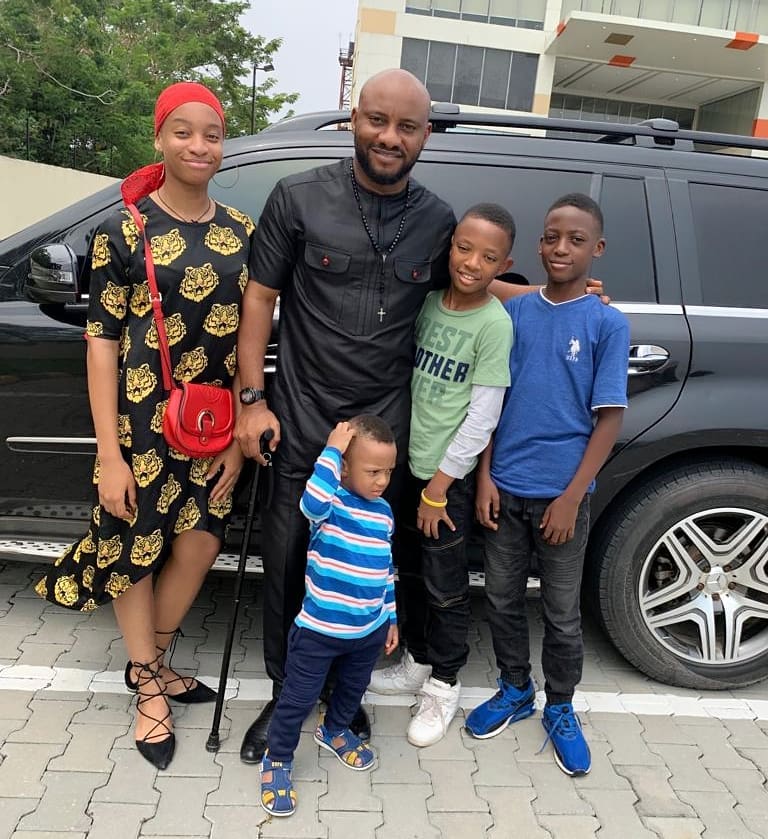 The father-of-four shared this revelation in a comment to one of his Instagram followers – the follower had commented on a photo of the actor with his children and told him he’s lucky to have married early.

Yul then replied, telling him that at the time he got married, he had nothing in his bank balance.

See their exchange below, 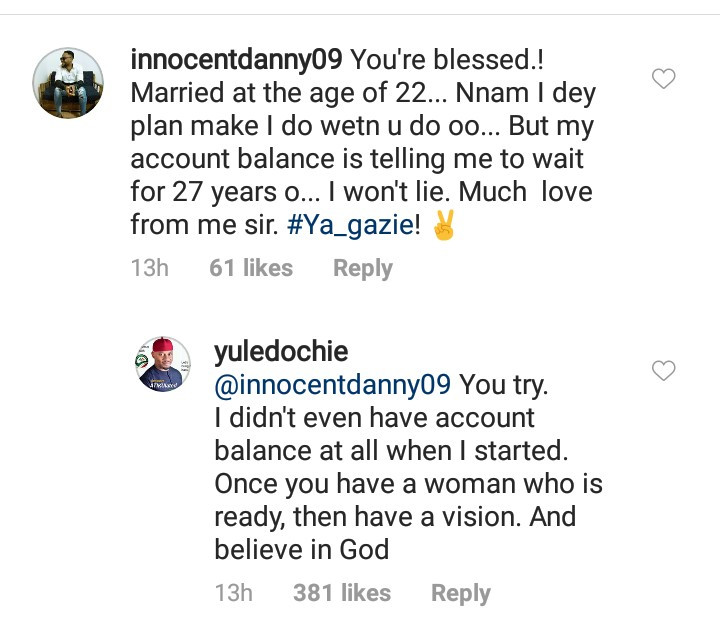 ”Bros P, Tacha is out, go and pay your debt” – Nigerians storm Peter Okoye’s page to remind him to fulfill his ‘N60M promise’ to Tacha

“My Honeypot is my least used body part, 18 year old girls have more experience than i do” – Moyo Lawal says

Revealed: Khloe Kardashian has “no interest” in reconciling with ex

Nigerians blast Lady for organising a rally for Tacha (video)

Tonto Dikeh tells fans to be contented, says she also lives fake life and is owing her personal shopper N4.5m

Runtown finally apologises to his ex-label boss, Dilly on Twitter

Davido Warns Ubi Franklin To Stay Away From Chioma’s Sister