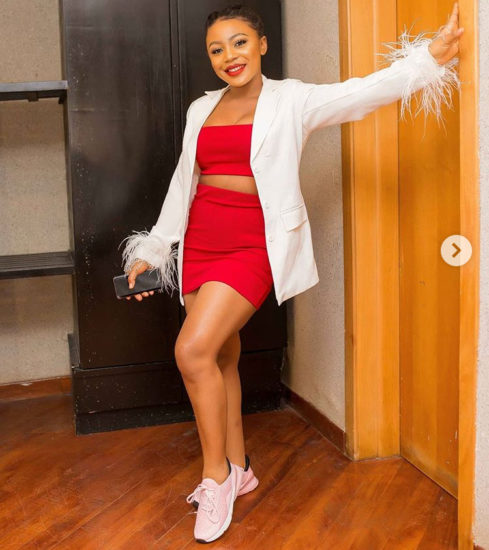 Reality TV star, Ifu Ennada vented her anger on a fan that slipped into the comment section of a post on her Instagram page to allege that she bleached her skin.

Ifu posted a photo of herself and this user came into her comments to claim she has bleached and she should stop!

In response, Ifu lost her head and rained curses on the individual, holding nothing back.

Ifu is apparently one of those crazy celebs who fight fire with fire.

Check out her fiery response to her troll below… 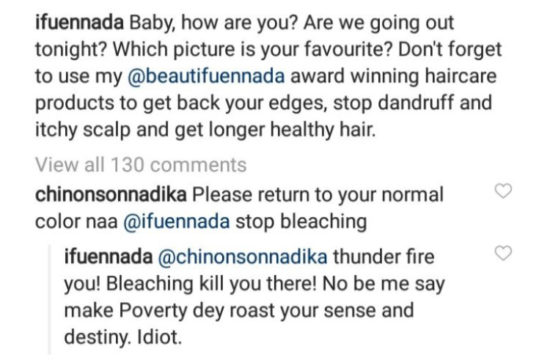