Not up to one month after reports made the rounds that she’s engaged, Gambian curvy actress Princess Shyngle has had fans wondering whether there’s trouble in paradise as she revealed she’s taking a break from Instagram because she’s “broken and in serious pain” and “needs time to heal“. 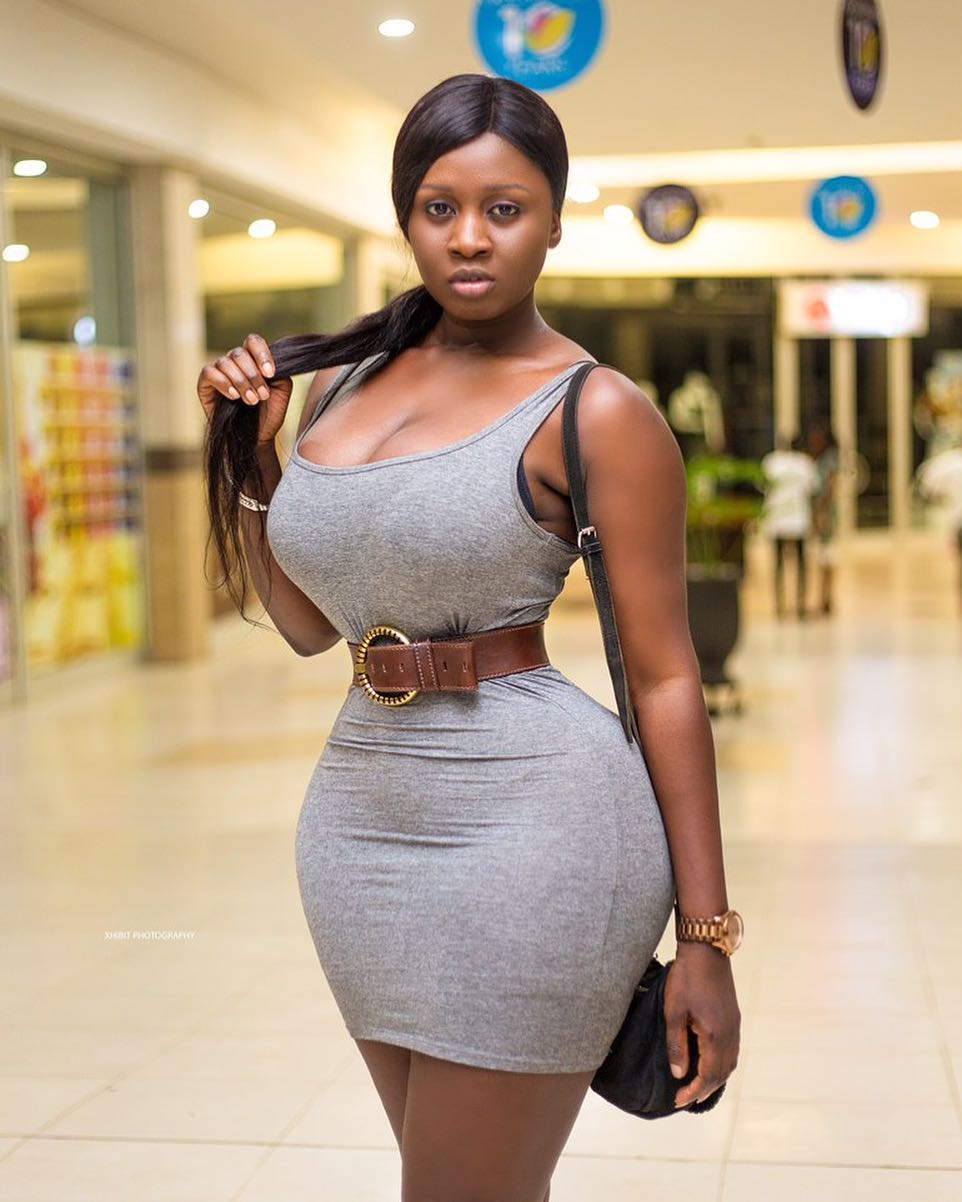 The actress announced her engagement about two weeks ago and only days ago, she filmed herself shopping with her fiancé behind the camera – she also revealed he was the one sponsoring the shopping spree.

But on Wednesday morning, October 2, the actress deleted every single post she ever put up on Instagram and put up one post to reveal shes taking a break to heal.

“I’m going through some real life issues right now,” she told her fans and asked them to pray for her. 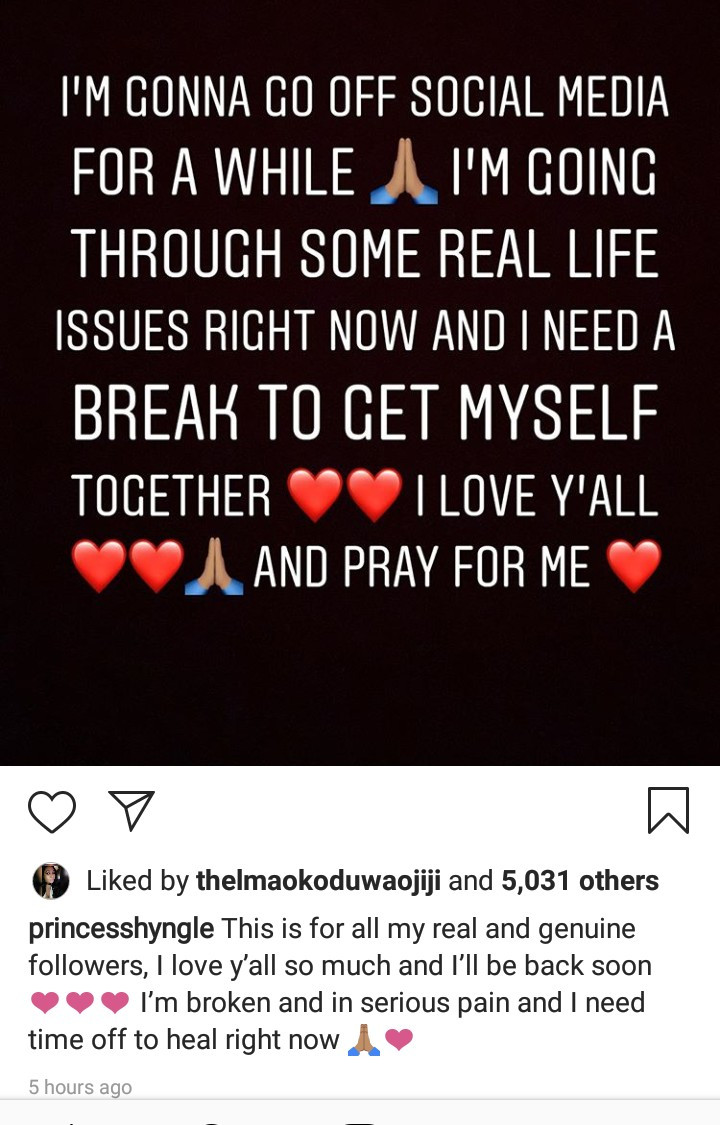 Owner of Jaruma Empire has welcomed her newborn baby

See how Nigerians voted Tuoyo out of BBNaija house

BBNaija: “Khafi’s people will break your legs if you break her heart”

BBNaija: Venita has been evicted from the Pepper Dem House (Video)

#ViralNow: ‘The only way Nigeria can change is for everybody to be killed’

#BBNaija: After Tacha’s disqualification, Here’s the voting result for the week!