There’s nothing quite as juicy as a celebrity feud — especially when said stars are public about their disagreement. But it can be just as satisfying to watch them, both of which have been duking it out in the press and in private for many months, finally squash their beef. Controversial journalist, Kemi Olunloyo has finally come out to apologise to Nollywood actress, Iyabo Ojo. 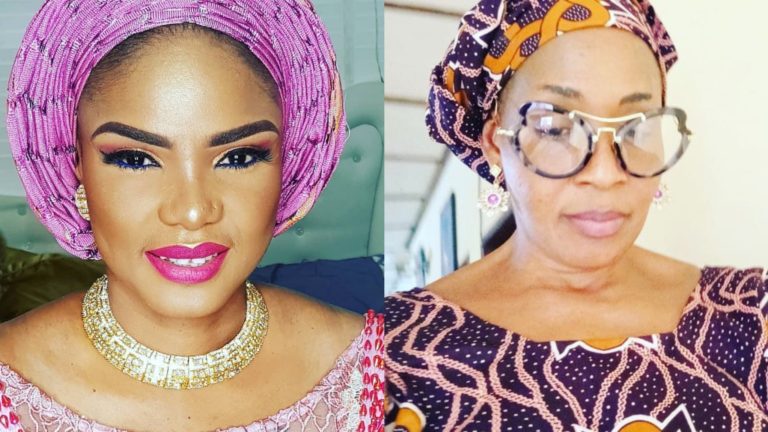 You will recall that Kemi Olunloyo was sent to prison for alleged cybercrime charges and defamation of character after accusing Pastor David Ibiyeomie of Salvation Ministries of adultery and had accused Iyabo Ojo of being responsible. For a year and several months gone, she had tormented the Nollywood actress, calling her out severally in social media, dragging her through the mud and telling her to own up to her deeds. The actress still didn’t budge.

On Friday, August 2, Kemi Olunloyo finally buried the hatchet between them as she took to Instagram to apologise to Iyabo Ojo. She did this while she went to Tiannah Empire, a styling outfit owned by fashion guru, Toyin Lawani in preparation for her 55th birthday. In the video, she made it clear that she had forgiven the actress and wished they could move past the turmoil and fights. Watch the video below:

Many social media users who came across the apology video were surprised at her attempt to quench the lingering cold war while most didn’t believe it wa real. Here are some comments gathered:

“ramat_model: @iyaboojofespriswe are so sorry Aunty ……accept this and forgive her pls in the name of God make amends ma and God will continue to bless you and your family abundantly but Aunty Kems make we nor help u beg u go repeat posting about her negatively o…. make you sef move on and make real peace. Aunty iya pls o forget.”

“jenniferjulius37: This mama don craze tey tey but @iyaboojofespris ma please forgive her she sorry. To err is human and to forgive and divine.”

“africbabe: @iyaboojofesprisplease forgive but tread easy around our aunty . You can’t be too careful around this kind of person.”

“ebony_debz: Hmmm. Not falling for this oh. This madam Kemi no be here. Its not today she’s giving her life to Christ and saying she has changed. Next thing she would say Tiannah did this and that to make her do this video.”

At the time of this report, Iyabo Ojo is yet to react to the video. Let’s hope she can also forgive Kemi Olunloyo and move on finally from this feud.

#BBNaija: Elozonam has been evicted from the house

“I dated Gedoni in my 2nd year at UNIPORT”

Another one in the bag as Tacha signs Major Endorsement Deal

You Won’t Believe What Nollywood Actress, Genevieve Nnaji Wore That Got Nigerians Talking

BBNaija: Biggie Makes A Scapegoat Of Tacha; Bans Her, Others For Doing This

Record producer who claims to have helped Peruzzi before he got recognized, accuses him of betrayal

E-Money of Ghana cancels his promise to give Tacha 20 Million; mocks Tacha

#ViralNow: Lady shows off Rice & Stew she made with just N500