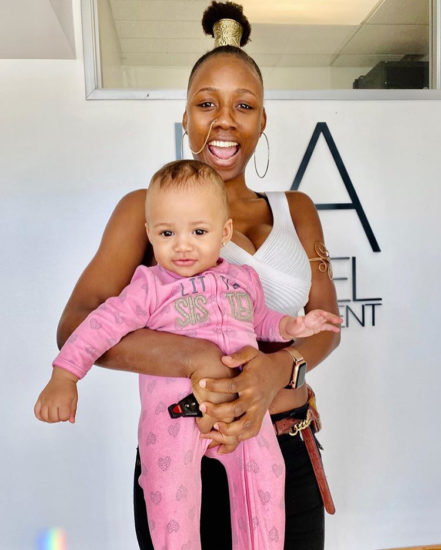 Nigerian dancer Korra Obidi is grateful as her daughter, June – who’s just 7months old- has been signed to LA Models.

The toddler now has an official social media page under the LA models management where she has over 72k followers. LA Models is the largest modelling agency on the West Coast and one of the most respected in the world. It is one of the most successful agencies in the modelling industry.

The good news was shared on June’s official social media page. According to her post, she was scouted by her aunt identified as Tracy.

In the photos shared by June, she was spotted with her mother posing in the LA Models Management office and was captured happily smiling at the camera.

The beautiful princess said she has resumed work already. The news gathered positive responses from her fans and followers, who took to her comment section to congratulate and wish her well.

Its just seven months of being on earth and June is already making boss moves and securing the bag. 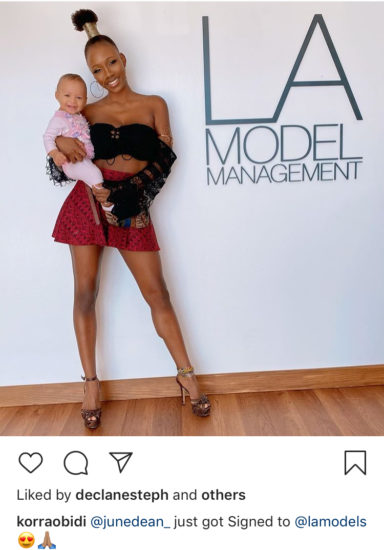 Comedian, AY and wife, Mabel react after follower said she looked unhappy on his birthday

Priyanka Chopra is so Excited to Meet Ngozi Okonjo-Iweala

Stop Relying On Pastors, Kneel And Pray And You Will See Miracles – Yvonne Nelson Advise Christians