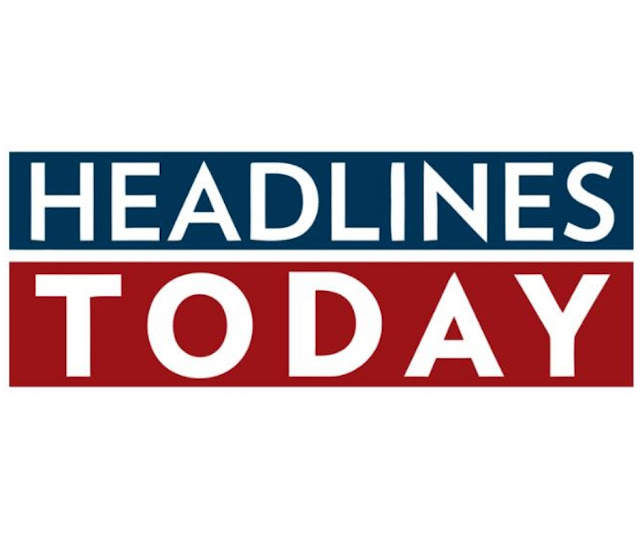 – The Gov of Ogun State, Prince Dapo Abiodun, may have admitted the allegations from some embattled lecturers of Tai Solarin College of Education (TASCE) Omu Ijebu, that “he (Abiodun) orchestrated their arrest, detention and arraignment.”

I Was Told To Join APC To Be Forgiven –Mailafia

– The presidential candidate of African Democratic Congress in the 2019 election and former Deputy Governor of the Central Bank of Nigeria, Dr Obadiah Mailafia, on Tuesday, said he was told to join the All Progressives Congress so that he could be forgiven of an offence he did not commit.

– Earlier this morning, security agents including policemen and soldiers tried to bring down the online news platform’s office gate in a bid to clamp down on SaharaReporters’ staffers.

– Despite President Muhammadu Buhari’s refusal to sign the amended Electoral Act, a human rights activist and Senior Advocate of Nigeria (SAN) Chief Femi Falana has said that under the present Electoral Act, the Independent National Electoral Commission (INEC) can introduce electronic voting if it so wishes to strengthen the electoral regime.

– The first flight had brought back 187 Nigerians out of the 313 scheduled for the evacuation last Wednesday, following the xenophobic attacks against foreign nationals in South Africa.

– Zimbabwe and Belarus have signed deals worth US$350 million, which are set to transform Zimbabwe into the region’s transport and logistical hub.

– A tweet by Zimbabwe Lawyers for Human Rights says the government has set aside the 2% tax introduced by the Minister of Finance Mthuli Ncube last years.

– According to him, it is not enough to condemn people because someone said they were corrupt.

US, Nigeria Meet On Intellectual Property, Move Against Counterfeiters

– United States Mission in Nigeria and the American Business Council, in partnership with the Nigerian Government and members of the private sector, met in Lagos, Monday, on Intellectual Property (IP).

– Mr Tabichi amazed the world with his commitment to nurturing the academic abilities of his students, majority of whom come from poor backgrounds…

– The National Association of Nigerian Students (NANS) said it would not accept the ‘peace deal’ between President Muhammadu Buhari and his South African counterpart, Cyril Ramaphosa if some certain conditions were not met; saying, “peace must come at all cost.”

US, Nigeria Meet On Intellectual Property, Move Against Counterfeiters

– United States Mission in Nigeria and the American Business Council, in partnership with the Nigerian Government and members of the private sector, met in Lagos, Monday, on Intellectual Property (IP).

– The Buhari Government, in its bid to recover over N5 Trillion outstanding debts owed the Asset Management Corporation of Nigeria (AMCON), has inaugurated an inter-agency Committee to speedily resolve the challenges in recovering the debts.

– The Nigerian Army has commenced the trial of the former General Officer Commanding (GOC) 7 Division, Sokoto, Maj.-Gen. Hakeem Otiki, over alleged stolen N400 million by some soldiers under his command.

– For residents of Ayetoro community in Ilaje Local Government Area of Ondo State, it was a day of agony after a torrential rain wreaked havoc in the community.

– International Criminal Court (ICC) prosecutors have appealed against the acquittal of former Ivory Coast president Laurent Gbagbo and a youth minister on charges of involvement in deadly post-election violence.

– President Muhammadu Buhari will undertake a State Visit to South Africa in October 2019 to reinforce the strong bonds between the two countries and jointly develop responses to challenges affecting people and businesses in South Africa and Nigeria.

– Ms Maria Espinosa, the President of the 73rd UN General Assembly, on Monday handed over to Nigeria’s Muhammad-Bande, who will lead the 74th session of the assembly in the next one year.

– The refusal of the South African authority to grant the airline landing permit has once again led to the disruption in the evacuation of Nigerians from that country following the ongoing xenophobic crisis there.

– Bloomberg has reported that the rate at which the Zimbabwe currency is losing value surpasses those of other currencies globally.

– Currently, the market seems to be in a free-fall, with no sign of recovery at the moment.

Emir Sanusi Takes Family To The Cinema In UK (Photos)

#BBNaija: How the audience voted for their favourite housemates

Regina Daniels Sings a Love Song To Her Husband, Ned, As They Enjoy A Ride Together (Video)

Moyo Lawal Says Her Nudity Does Not Drive Her Morals

Obtain a Cash Giveaway to Start a Small Business This July