A, yea letter A trivia. Discover fun facts and interesting information about letter A. Its usage and other features contributing to its dexterity in this article. 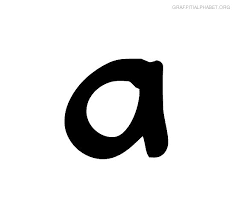 A is the first letter of English alphabet preceding B; written in Latin script.

As in article A, it can also be employed in English diction meaning “One certain or particular; any single, the same; one”. Letter A is pronunced by the British as in /eɪ/ and Australia as /æɪ/

Hey! Get to know a few facts about A, as letter, how A is used, A abbreviations and trivia of A.

The first letter of the English alphabet, called A and written in the Latin script.

The ordinal number first, derived from this letter of the English alphabet, called A and written in the Latin script.

Article A can be used in a sentence grammatically. Article A is perhaps portraying “one; any indefinite example of; used to denote a singular item of a group.”

Article A is also used in conjunction with the adjectives score, dozen, hundred, thousand, and million, as a function word [e.g ‘ve seen it happen a hundred times.]

Sometimes also meaning any, every; used before a noun which has become modified to limit its scope; also used with a negative to indicate not a single one.

A is used before plural nouns modified by few, good many, couple, great many, etc.

Article A is used before a proper noun to create an example out of it, someone or something like; or apparently meaning similar to.

Other usage or meaning of A

Food that starts with A

Estonia, a European nation that lies close to the Baltic Sea, has been house to farmers, ﬁshermen, and hunters for hundreds of years. Until the 20th century, households lived collectively

IllaPa (ilyAp’A, Lightning) was an Incan god of rain, lightning, thunder, and storms. Illapa was one of the on a regular basis gods of the Inca, intently held and a

The concept "falling standard of education" is a relative term because there is no well defined instruments to measure it with utmost reliability and validity. That is why scholars' views