Top 50 oceans and seas around the world. Though, it is believed that the 3 major oceans of the world are the Pacific, the Atlantic and the Indian Ocean but we are delving much more into about fifty of the world most popular Oceans and Seas based on their area. 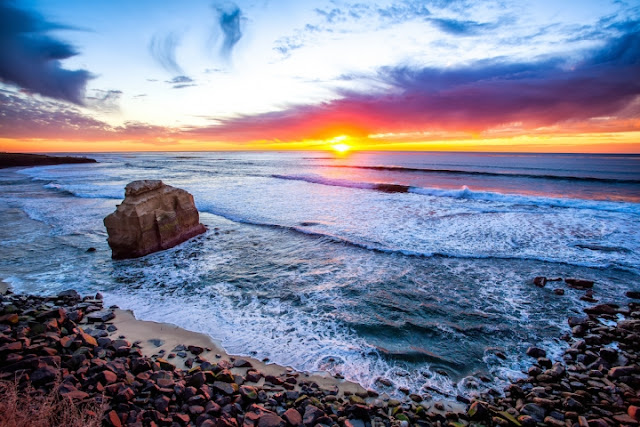 Wikipedia noted that, An ocean is a body of saline water that composes much of a planet's hydrosphere . On Earth, an ocean is one of the major conventional divisions of the World Ocean . These are, in descending order by area, the Pacific, Atlantic , Indian , Southern (Antarctic), and Arctic Oceans. The word sea is often used interchangeably with "ocean" in American English but, strictly speaking, a sea is a body of saline water (generally a division of the world ocean) partly or fully enclosed by land.

However, below is the list of fifty, yes fifty world Oceans and Seas based on their area:

While every effort has been made to ensure the reliability of the information presented in this article, The Topify.com.ng, does not guarantee the accuracy of the data contained herein as this articles' data may be outdated in the course of time. Topify accepts no payment for listing; and inclusion in the article of any organization, agency, institution, publication, service, or individual does not imply endorsement of the editors or publisher. However, notification errors should be forwarded using our contact form.

Ooni Of Ife Welcomes His First Son With His Wife, Olori Silekunola