It’s hard to avoid getting caught up in the hype and ogling at the opulence of celebrity weddings — but an all-out affair is certainly fun to look at. Super Eagles striker, Henry Onyekuru is off the market and present at the grand event was Nollywood actor, Chinedu Ikedieze. 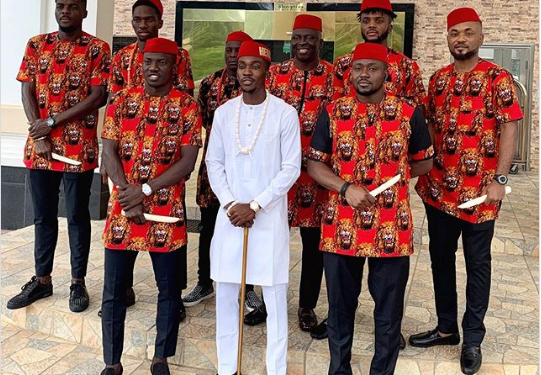 The talented footballer was celebrated by his friends and family after his traditional wedding with his partner and long term girlfriend, Esty in a big ceremony held in Benin City on Saturday, July 27, 2019. Interestingly, Onyekuru, who is on loan at Turkish champions, Galatasaray, has been dating his partner Esty for several years and are blessed with their one-year-old son. He, however, decided to tie the knot officially during his summer break ahead of the new coming football League season in Europe. 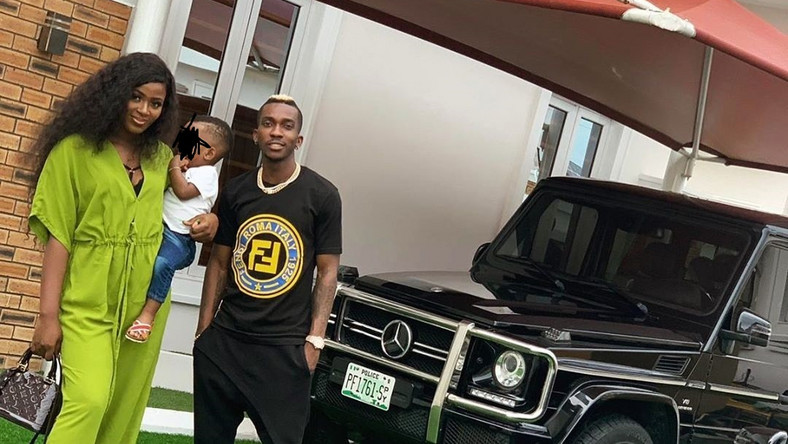 Kenneth Omeruo, Oghenekaro Etebo, Jamilu Collins, and John Ogu were some of his Super Eagles teammates who attended the wedding ceremony. Other Nigerian celebrities were there as well. Nollywood star, Chinedu Ikedieze, graced the occasion and posted the video of the event. Also captured was the moment money rained heavily on him at the event. He captioned the video, “Benin was lit. CONGRATULATIONS to Mr & Mrs Henry Onyekuru! Wishing you happy married life.”

Odunlade Adekola reportedly completes the construction of his mansion(Video)