Movie Review: Once Upon a Time in Hollywood Review 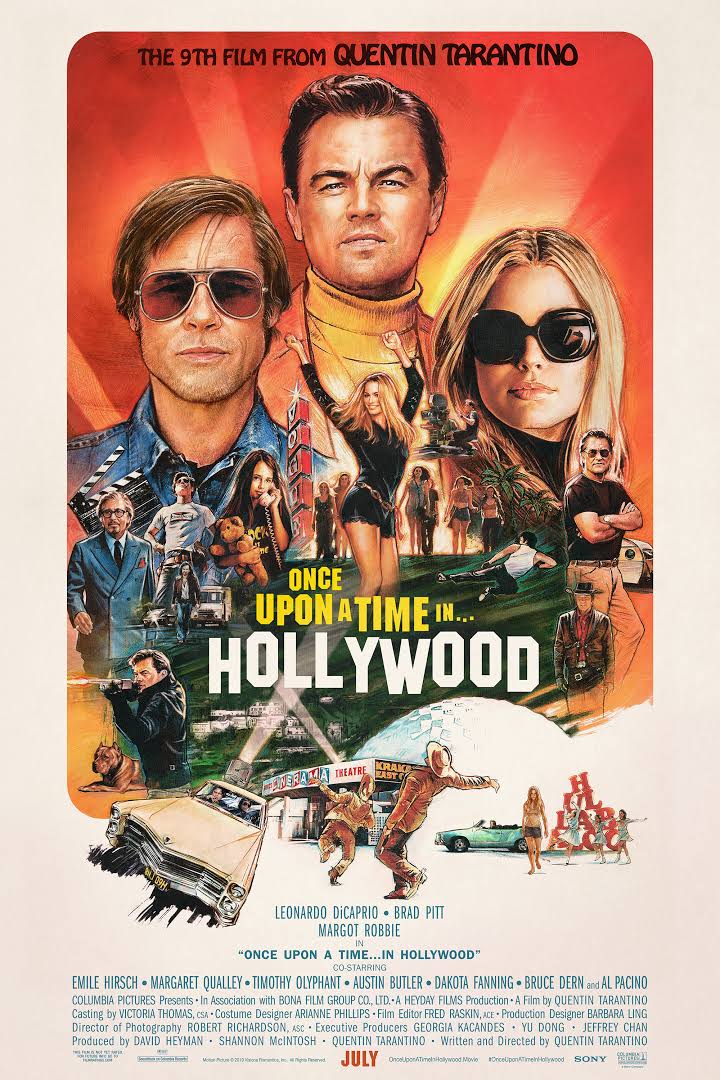 Once Upon a Time in Hollywood Movie Review

Quentin Tarantino, whose style and aesthetic is characterized by hyper-violence, makes his most mellowed tribute to celluloid and the ever-lasting relationships built over it. Adding more irony is that he set this film at a time when America was at the threshold of violence and hate, with the Vietnam War happening at the time.

Set in 1969, Once Upon A Time In Hollywood (OUATIH) presents an alternate reality to the infamous Manson murders, which led to the killing of actress Sharon Tate, the then-wife of Roman Polanski. The film tells the story of Rick Dalton, a chain-smoking actor whose career is nearing oblivion, and his stunt double Cliff Booth (played by Brad Pitt), who is more of a personal assistant to Rick after he faces irrelevance due to the fading existence of American Western. They live in Los Angeles and Rick happens to be the neighbour of Sharon Tate.

The film invests more time in the recovery of Rick as a Western-genre hero and his self-discovery. The narrative plays out as a meta-movie where fictional central characters encounter real-life demi-gods. An instance involves the scene where Cliff confronts Bruce Lee in a duel and eventually tames him.

The film uses montage as an effective way to deliver exposition (like the conversational scene where a movie mogul raves about Rick’s performances, only to slyly tell him that he’s turning irrelevant). The dialogue is also steered clear from the monologues, but instead, it feels more self-reflective in nature and a towering example is a scene where Rick converses with a fellow child actress on a book he’s reading.

The talky nature of Tarantino-verse is much subdued in OUATIH. Sharon Tate barely speaks a page of dialogue. But the film never ceases to provide tension, particularly for those who have a decent knowledge of the incident, the premise is based upon. We know that violence is inevitable, but the fun is in knowing when it kicks in. The sense of anticipation is built through this guessing game.

The film excels at building a fictional narrative through cinema history and detonates with a violent climax (that is still tamer than his other films), that ticks our expectations. The scene uses action-comedy tropes and effectively encapsulates the bond between Cliff and Rick in a nutshell, that a stunt double has to bite the bullet for his star, only this time it gets real.
A great deviant from regular Tarantino films, Once Upon a Time in Hollywood is poignant, slow-burning ode to cinema and friendship. A must watch!