Nathaniel Bassey is a Nigerian gospel singer, born to a Lagos-base pastor who hails from Akwa-Ibom State. He is considered one of the finest talents in the gospel music scene. 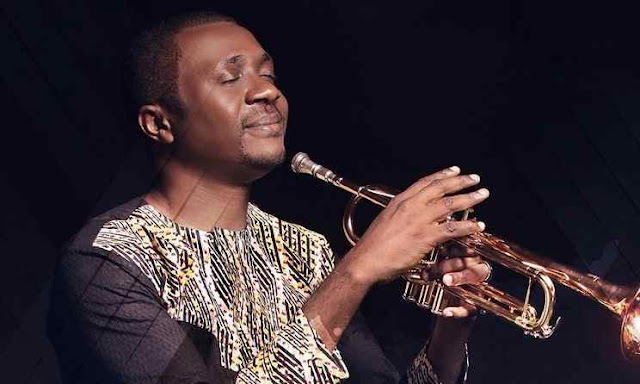 Nathaniel or Nat as he is fondly called could handle a handful of musical instruments. One of his most prominent movement ever is the Hallelujah Challenge he achieved back then in 2017.

Nathaniel was born to a Lagos-based family from Ikot Ofon Ikono in Uyo local government area of Akwa-Ibom state, South-South Nigeria. He was born into a devout Christian home with his father, Mr E Joshua Bassey being a pastor in The Apostolic Church Bashua Assembly.

Nathaniel began singing at a very tender age drastically influenced by his environment. He learned to play different musical instruments when he was young.

He grew up with a strong passion for music, particularly the Jazz music genre, with the likes of gospel music icon, Dr Panam Percy Paul inspiring him to give it a trial.

Nathaniel Bassey’s debut album was Elohim and was recorded and mixed in Cape Town, South Africa in the year 2008. It has been described as a spiritual and artistic masterpiece with the hit track “Someone’s knocking at the door” a soft-rock tune currently generating so much interest locally and internationally.

He is married to Serah Bassey and they are blessed with kids.

Nathaniel’s joined a jazz quartet in Lagos, Spectrum 4, where he played alongside his childhood friends before been later approached by Elder Steve Rhodes to lead, the first Jazz Orchestra in the country – THE STEVE RHODES ORCHESTRA.

Nathaniel served as band leader and lead trumpeter for a period of two years before continuing with his music career.

Nathaniel Bassey embark on his life-changing gospel music under the mentorship and guidance of Late Pastor Eskor Mfon, the former Pastor of The Redeemed Christian Church Of God, City Of David Parish, Nathaniel made a transition and a gospel music ministry was born.

However, his peculiar and unique soulful trumpeting style caught the ears of top entertainers and composers within and outside the country, such as Teemac, Ayo Bankole Jr, Cobhams Asuquo, Wole Oni, Yinka Davies, Adlan Cruise, Funsho Ogundipe, Peter King, Sotiris Papadopoulos, Paul Petersen, The French Cultural centre, American International School, to mention but a few individuals and organizations that sought his musical ingenuity.

He has attended music courses in and out of the country including the Middle#### University Summer School UK, where he studied popular music and music business.

Nathaniel Bassey hit the limelight with full force in 2017 with his Hallelujah Challenge tagged “Olowogbogboro” transliterated as “The One with Outstretched Hand“. A 30-day 60-minutes online outreach of praise and prayer rocking social media and achieving a records breaking feat on Facebook and Instagram likewise Twitter.

Nathaniel Bassey, writes, sings and produces his own music and records with diverse groups of musicians. His achievement so far is by extra miles one of the rarest as per gospel music is concerned in Nigeria.