eBuzz Nigeria
Home Viral Nigerian Correctional Service says that the news that Maryam Sanda has been... 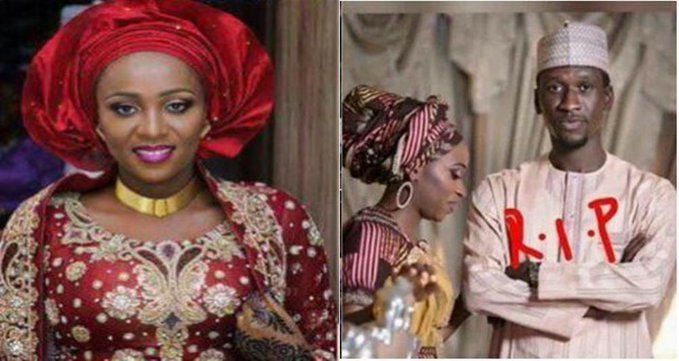 The Nigerian Correctional Service has denied reports that Maryam Sanda the woman convicted and sentenced to death by hanging for killing her husband, had been granted a Presidential pardon, and released from the Kuje maximum prison.

Reports have been rife on social media that Sanda who stabbed her husband, Bilyaminu Bello, to death during an argument in their Abuja home in November 2017, joined the list of 2600 prisoners who were recently granted presidential pardon by President Buhari, last week.

In a statement released today April 16th, the spokesman of the service, Augustine Njoku, denied the report.

Njoku said the Minister of Interior, Ogbeni Rauf Aregbesola, clearly stated the categories of inmates qualified for the amnesty which include:

”It obvious that Maryam Sanda does not meet any of the above mentioned requirements and therefore did not benefit from the Presidential Pardon/Clemency.

We further want to assure the public that Maryam Sanda is in our custody and will remain as such.

The Controller General of Corrections Ja’afaru Ahmed wishes to assure the public that the Service will ensure the safety and humane containment of the inmates in our custody and therefore advice the public to discountenance the rumor that Maryam Sanda benefited from the presidential pardon.” the statement read

Sanda was sentenced to death by hanging on January 27th 2020 by an FCT High Court for killing her husband. She has approached the Court of Appeal in Abuja, asking the court to set aside the verdict and acquit her.