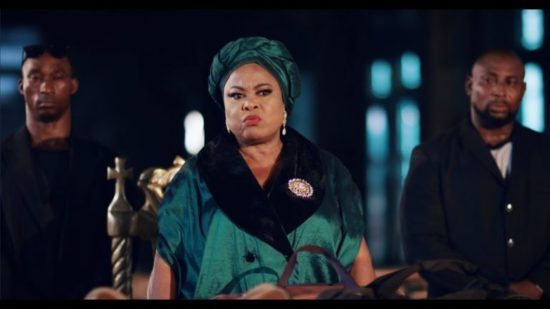 Having secured 11 nominations head to head with Living In Bondage, the epic “King of Boys” got denied an award, while the former secured 7 awards including Best Overall Movie, Best Movie West Africa, Best Director, and Best Writer in a Movie.

King of Boys tells the story of Alhaja Eniola Salami, a businesswoman and philanthropist with and a promising political future. She is drawn into a struggle for power which in turn threatens everything around her as a result of her growing political ambitions. To come out of this on top, she is caught up in a game of trust, not knowing whom really to look up to, and this leads to her ruthlessness.

Here’s what people are saying:

King of boys lost in all categories???? I truly don’t think movie awards should be left open to the public to vote, that was how Tacha almost won BBN, film awards should have a selected school of voters like the Oscar does, its rest not fair, KEMI created a masterpiece!

King of boys was so good I had to jot lines from it … or wait is it because it’s a female dominant movie ? Would it have won if a man played the role ? Did the storyline seem vague & unrealistic to the organisers ? What exactly makes living in bondage a better story ? #AMVCA7

But they'll be forgiven, they'd done really good in the past

Living in Bondage was a brilliant for Best Director. But certainly not Best Overall Film over King of Boys & don't get me started on Sola Sobowale & Denola Grey