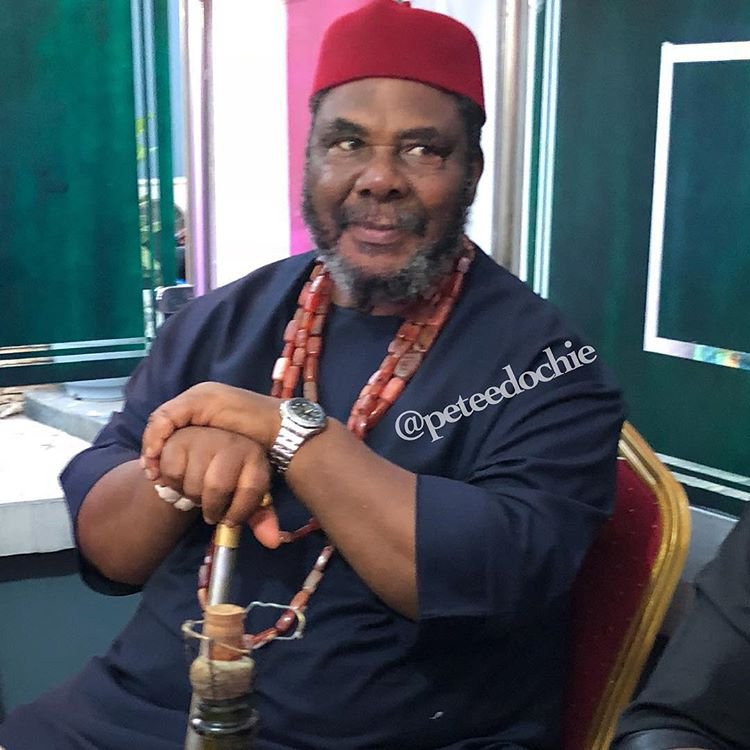 The Nigerian film industry has been greatly contributed to by some movie veterans who have paved the way or set the path for others to follow.

As time passes on and with the advent of social media and more fresh actors, their importance and the regard people have for them seem to have diminished.

Just recently, a well-known lady on the streets of Twitter, Sugabelly, took to her platform to share her opinion on veteran actor, Pete Edochie.

According to her, Edochie is a really bad actor who has been playing the same role his entire life. She continued that acting is not about saying proverbs and the actor is only respected because of his old age. 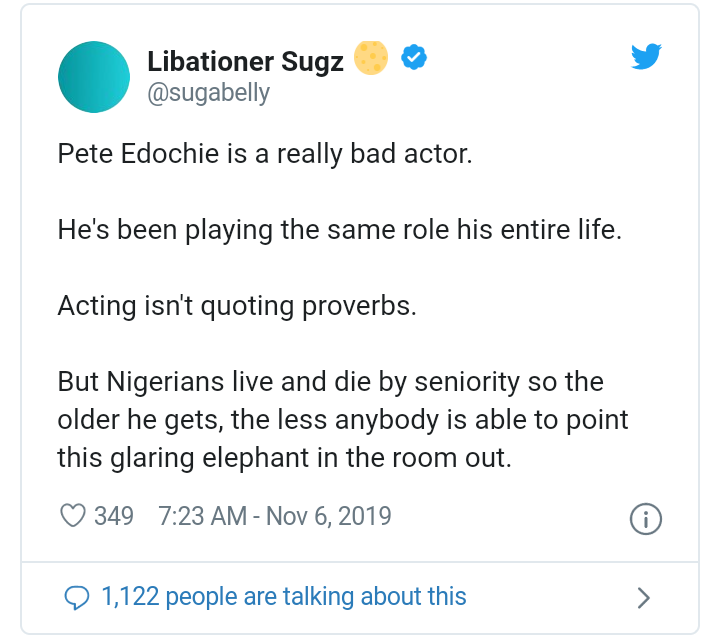 Many Nigerians on social media have reacted to Sugabelly’s tweet with majority of them being outraged. Others however responded by listing some of the roles he has acted and praising his skills. See some comments below: 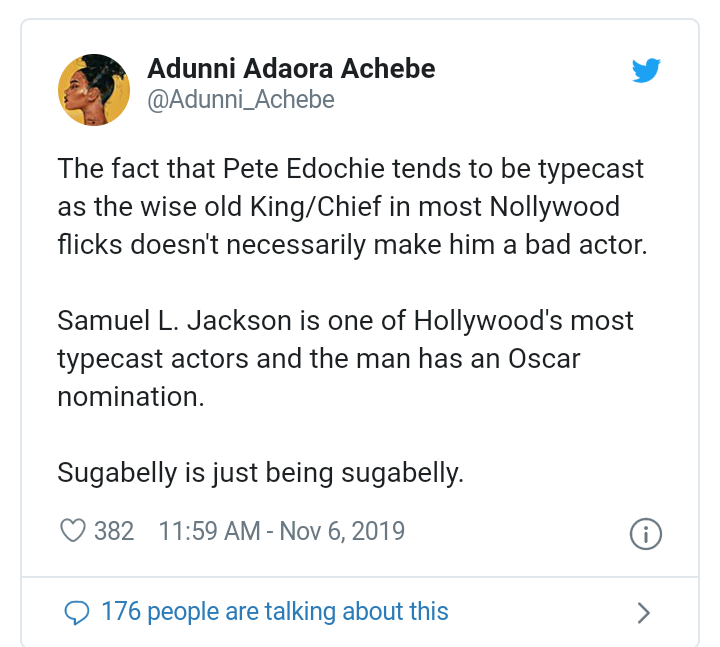 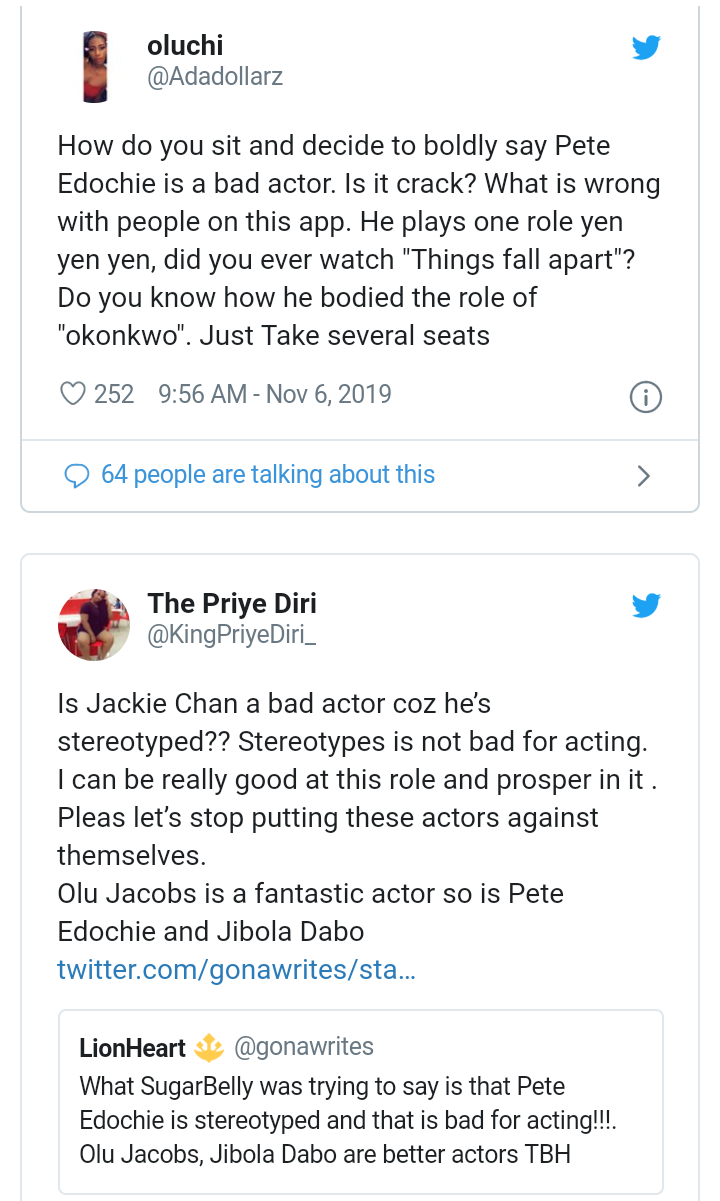 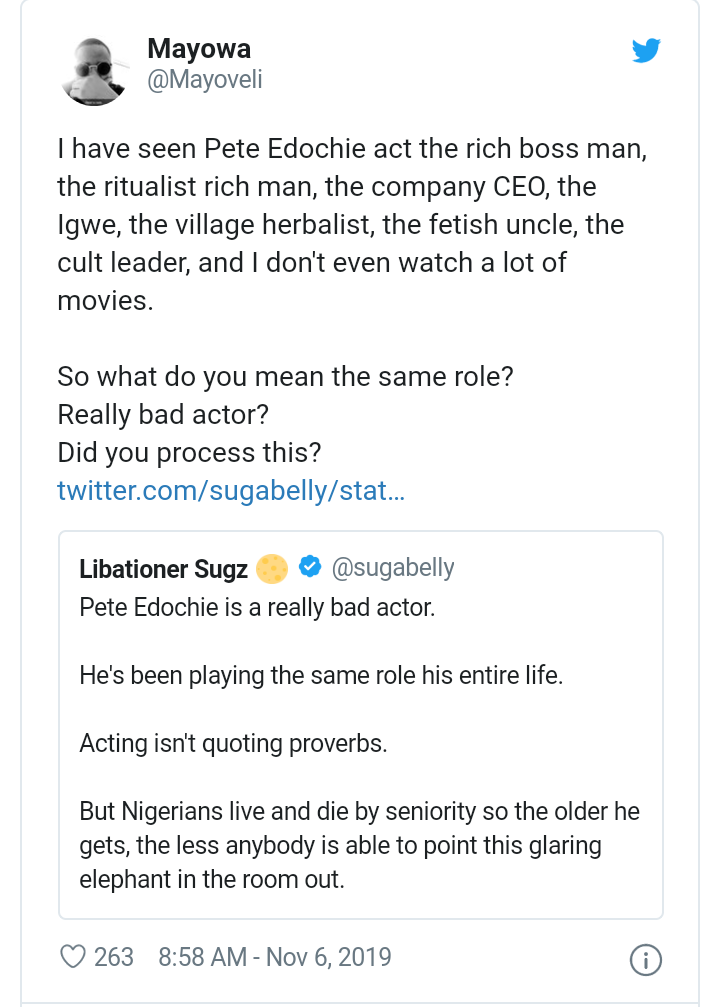 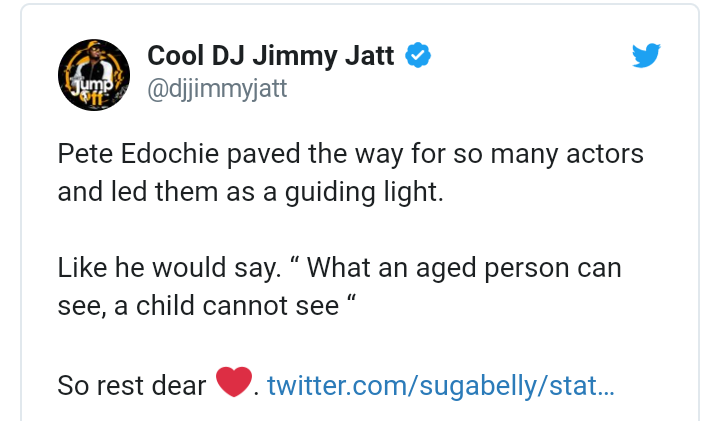 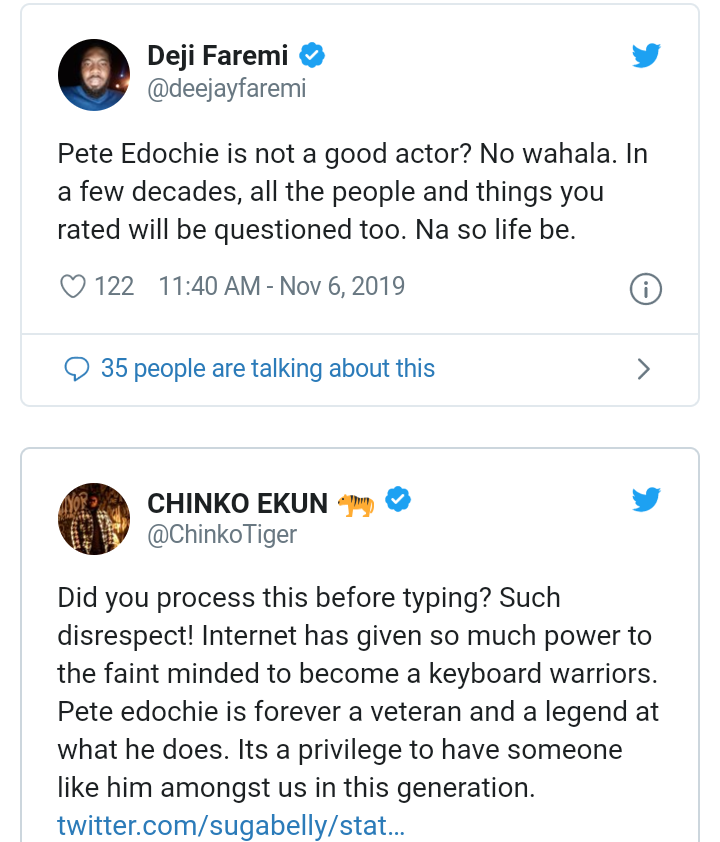 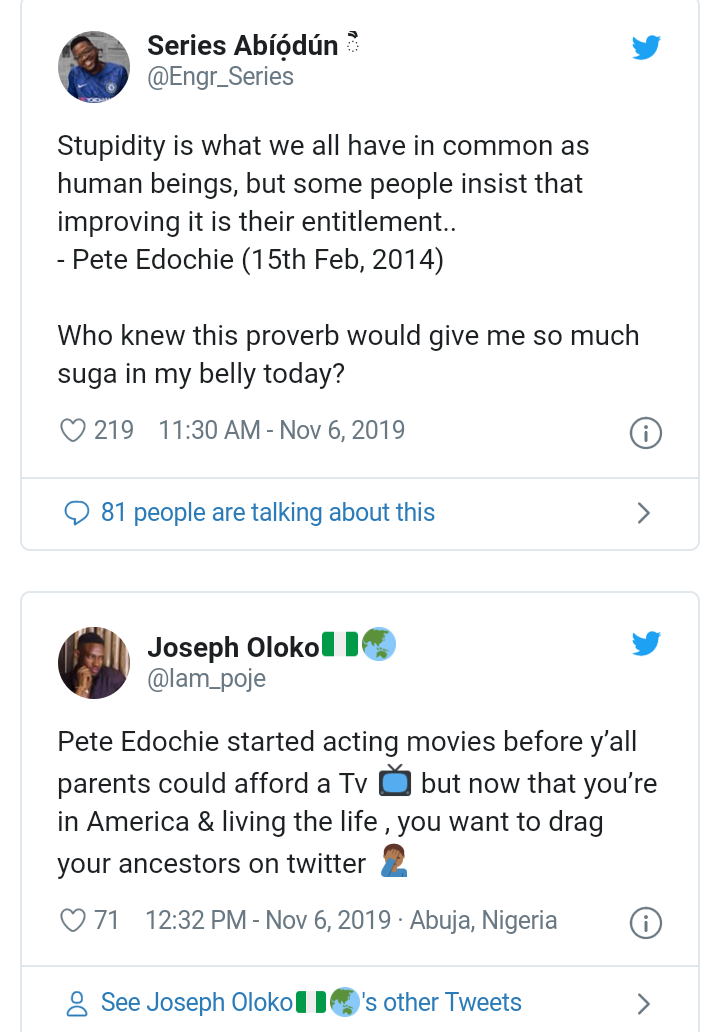 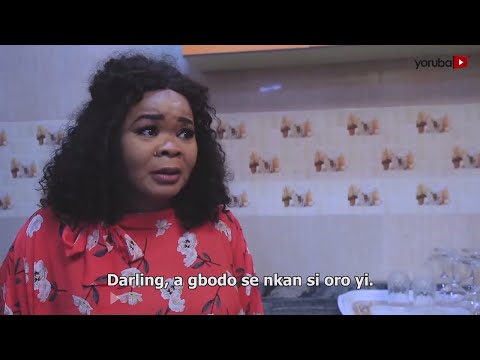