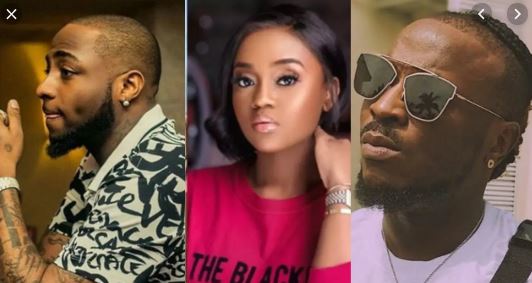 Golden Boy Entertainment CEO, King Patrick in fear for his safety, has raised alarm on social media with claims that Davido and Peruzzi are planning to assassinate him.

King Patrick shared photos of death threats he has been receiving from the singers since his outburst few days ago.

The Golden Boy CEO claimed to have been receiving death threats from the singers and their fans.

He stated that he is enjoying a lot of support from Twitter users have supported him as he feels strong enough to battle the oppression from the record label.

‘Even The Strong Man Will Be Brought Down’ – Nollywood Actress, Kate Henshaw Blasts Biodun Fatoyinbo’s Supporters, Roots For Timi Dakolo

BBNaija: Social Media on fire as Team Icon blows everyone off their feet

Davido to star in Toyin Abraham’s movie “fate of Alakada”

“I like bad boys,” – #BBNaija’s Ella says as she talks about relationship with Ike

Tiwa Savage Reacts After Wizkid Pressed Her Bum On Stage

Mercy Johnson Okojie and her Husband are expecting baby number 4