Best Nigerian artiste of all time! List of Nigeria's all time best musician or songsters accumulated just for you. These individuals has achieved so much in the music scene in Nigeria already, and apparently, their works still speaks for them.

Contemporary music was brought to Nigeria in the late 1980s, and since then grew steadily and its name "popular" throughout the first part of the 1990s. And everyone could see its growth in the course of decades.

Nigeria music industry has however, produced so many distinguished personalities ever since then with these individuals tagged "successful, legend, mentor or maybe pioneer in their own art, and so on".

Music is life, the spontaneous flow of powerful feelings; music is art, music is act, music is communication, music is a tool, music is business, music is play, music is everything you can imagine.

However, the aesthetics of music and it's impact in our daily routine is nonetheless very significant to the growth of the society.

Here we come up with a golden tablet revealing the names of best contemporary music artiste in Nigeria of all time.

Top 10 Naija Artiste of All Time

Below is the list of best Nigeria musician of all time. 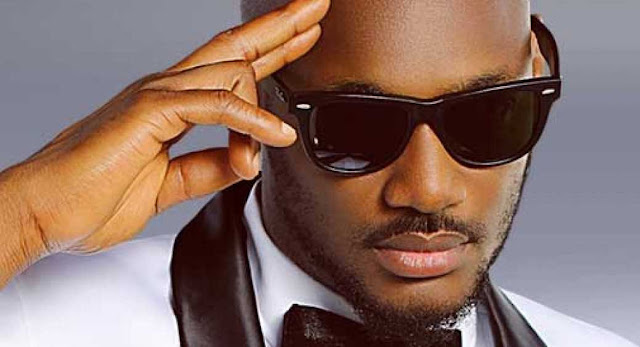 I'm very sure I didn't disappoint with this name coming first on the list. Though, we may not give some much importance to the hierarchical sorts of the list.

Innocent Ujah Idibia, previously known by his stage name 2Baba until July 2014, becoming 2face we chant today. 2face is a proven figure in Nigerian music industry. By and large one of the very best African continent as produced so far.

This name is no coming as a surprise also. P-Square are Nigerian R&B duo of identical twin brothers in Peter Okoye and Paul Okoye. They produced and released their albums through Square Records.

In 2018, they are officially not together, the two brothers running and making music recipes on their own not as duo. Nevertheless. Their achievement so far can never be swiped away in the Nigeria music industry.

Unforgettable Hit Tracks: Do Me, No One Like You, Ifunaya, E no Easy, Alingo, etc

D'banj is one other fantastic paradigm of success in Nigeria music industry. Formally Oladapo Daniel Oyebanjo by name and known by his stage name D'banj. He is a Nigerian musician, singer-songwriter, entrepreneur and television personality.

Under is bely lies several award winning songs that keep on showing up in best naoja songs of all time. His musical prowess earned him international recognition making a strong personality to reckon with. D'banj is indeed one of the very best, admit it.

Here comes the native hardcore man. So much love from fans. The musical professor with witty lyearical notes. He is an award winning artist that actually gives hope to indigenous songs youngsters out there.

9ice is a Nigerian musician. He is a south-westerner from Ogbomoso in Oyo State but he grew up in the district of Bariga in Lagos. He is by and large one of the very best living legend in the Nigeria music industry.

Enitimi Alfred Odom, better known by his stage name Timaya, is a Nigerian singer and songwriter. He is the founder of South South hip hop group Dem Mama Soldiers.

His achievement can never be overlooked also. He has contributed so much to Nigeria music-sphere earning himself a name every youngsters will rise to salute. Undisputed legend!

I'm sorry you've been expecting this to come up earlier but its never too late. Here is a pioneer, Da Grin, Barrack O Grin, Omo Ogun, Elerukuwere himself.

Oladapo Olaitan Olaonipekun, also known as Dagrin, was a Nigerian rapper from Ogun, Nigeria. Dagrin is a legend and unarguably the founder of indigenous rap music in Nigeria.

He is a model, mentor, a motivation to most indigenous rapper in Nigeria. With this and more left unsaid, it is safe to write Dagrin's name in the list of Nigeria best artiste of all time.

Olubankole Wellington, known by the stage name Banky W, and credited in film as Banky Wellington, is a Nigerian singer, rapper and actor.

Banky W proved himself to be the RnB king all this while till this moment. Of course, Banky W is guaranteed a place among the best Nigeria elite musician of all time. He deserves it.

Hit Tracks: Lagos Party, Don't Break My Heart, Yes/No, Made for You, etc

Wizkid is hot my dear, even if he quits Nigerian music scene now he is a legend. The acclaimed "Star Boy'" is indeed a big man in the music industry.

Ayodeji Ibrahim Balogun, known professionally as Wizkid, signed a record deal with Banky W. 's record label Empire Mates Entertainment (E.M.E) back then in 2009. He rose to prominence in 2010 with the release of the song "Holla at Your Boy" from his debut studio album, Superstar (2011).

With no flattering, Wizkid is one of the leading artiste in Africa.

Money included or excluded, Davido has excellently and consistently affirm himself as one of the strongest in Nigeria music industry. He's conquer the continent with his talents.

She happens to be the only female appearing into his golden list of all time best music artiste in Nigeria.

She'd did backup vocals for George Michael at the age of 16, and lent vocals to other musicians such as Mary J. Blige , Chaka Khan , Blu Cantrell , Emma Bunton , Kelly Clarkson , Andrea Bocelli , and Ms. Dynamite , amongst others.

Furthermore, she has performed on stage with Sting , 50 Cent , The Black Eyed Peas, Eminem , Robbie Williams and Destiny's Child , to name a few.

Indeed, Tiwa Savage is a worthy all time best songstress in Nigeria doing consistently well anf whose name should be in auto-listing.

Okay, there it is? Top 10 Nigeria Artiste of All Time, Do you agree with us?

“Davido’s mum was my bestie, I carried him as a child” – Kemi Olunloyo