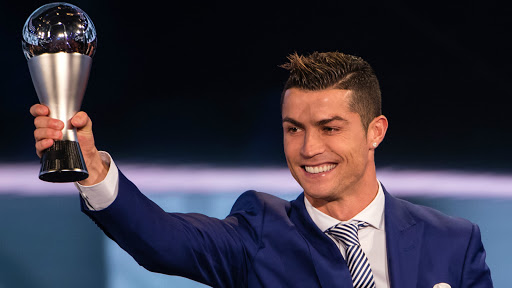 The awards were launched in 2016 to replace the Ballon d'Or. The Ballon d'Or will still be presented by the magazine
France Football but it will no longer be in partnership with FIFA, who will instead hand out their own prizes.
Cristiano Ronaldo and Carli Lloyd were the first recipients of the main men's and women's awards respectively.

Ballon d’Or award started back in 1956 and it was known as “European Player Of the year award” and only the players from europe were eligible for this award. But In 1995 the rules were changed and any player playing for European club could win it. But in 2009 it was merged with “FIFA’s player of the year award” and became FIFA Ballon d’or which any footballer from any part of the world can win it. 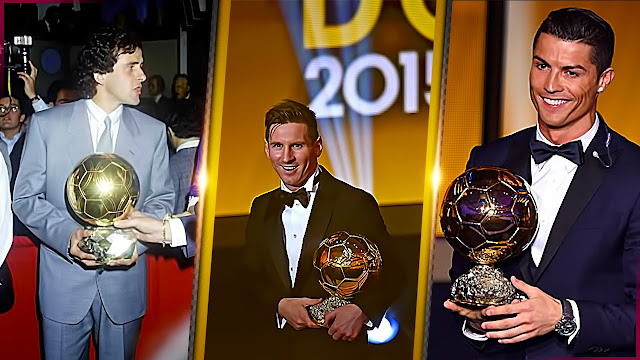 How the Award is Come by

All national team captains and Coaches including one specialist journalists from every country vote for the nominees. They are allowed to pick three players in order of their respective priority and when the drafts are returned, FIFA calculate points account to following criteria:

Each 1st position results to 5 points, the 2nd position is 3 points and 3rd gets 1 point. So around 500 voters (170 national team captains, 170 national coaches and around 170 journalists) points are counted, accumulated and the player with most points get the Ballon Dor award.

Okay then, let's see the list of Ballon D'or winners of all time, list of all the ever exceptional winners of the World Best Player Awards so far since it inception in 1956 till date.

On September 22, Cristiano Ronaldo, Neymar and Lionel Messi were revealed as the final three contenders for the Men's Player of the Year award.

The Men's Player of the Year award started with a 24-man shortlist drawn by a group of 'FIFA legends' that includes Diego Maradona, Cafu and Carles Puyol.
The shortlist was then voted on between August 21 and September 7 by national team coaches, national team captains, selected media and fans, with each of the four voting categories weighted evenly.
The top three was revealed on September 22, with the winner set to be announced at the ceremony on October 23.

Ballon D'or Winners of All Time 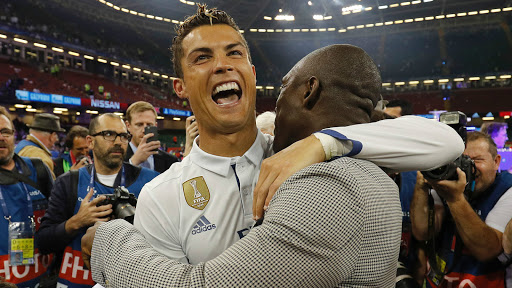