Reekado Banks is an award-winning Nigerian songster signed to Don Jazzy‘s Mavin Records on 21st February, 2014, the same day he also premiered is first debut single ‘Turn it Up’. 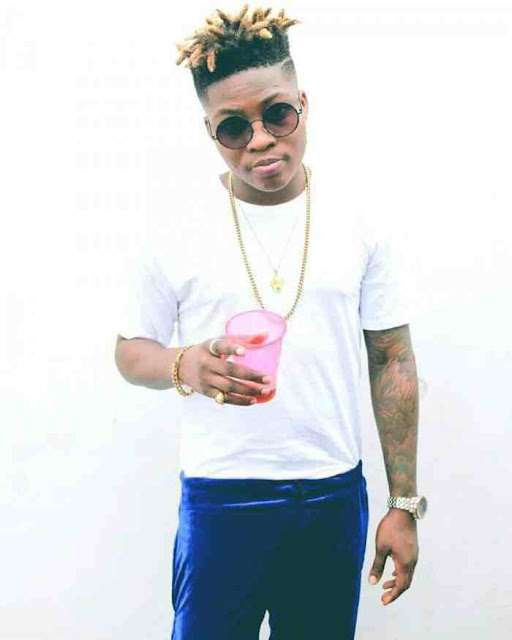 Reekado Banks has proven himself to be a versatile talent-studded musical freak in the Nigerian music industry. He however, released his debut album ‘SPOTLIGHT‘ in year 2016.

Reekado also enjoyed a staggering success as a featured artist especially with collaborations with his co-Mavin Records mates. “Adaobi”, “Arise”, “Looku Looku” and the controversial collaborative hit single ‘Dorrobucci’ are among the host of songs Reeky, as fondly called, has featured in.

Reekado has ever since been a sweetheart to good music lovers after banging couple of awards and especially the unforgettable precious ‘Next Rated‘ award over Lil Kesh and Kizz Daniel in the 2015 Headies Awards.

By and large, more details are beneath as we glance through the Biography, Musical Career and also list songs by Reekado Banks including features, his personal single and album.

Reekado Banks was born into a pastorate family with his mother a caterer in Lagos State, the last child of his family.

He completed his secondary education at the age of 14 and also recorded his first song in 2008. He graduated from the University of Lagos in 2014, where he obtained a degree in History and Strategic Studies.

Reeky initially went by the stage name Spicy prior to his record deal with the aforementioned label. Reekado Banks was declared the Rookie of the Year at The Headies 2014, and won the controversial Next Rated award at The Headies 2015. His debut studio album, Spotlight , was released on 1 September 2016. It debuted at number 10 on the Billboard World Album Music Chart.

Reekado Banks premiered the single “Turn It Up” on 21 February 2014, which happens to be the same day he got signed to Mavin Records; the song features Tiwa Savage and was released as his first official single under Mavin Records.

More so, Reekado Banks’ breakthrough to Nigerian music scene was said to be his elder brother’s handiwork submitting his song as one of the entries for Mavin talent hunt back then. His brother is also said to be his guidance right from the dawn of his career.

Top 26 Sophocles Secrets Your Teacher May Not Tell You