Just when Nigerians thought things had quite down in the female-artiste-drama-zone, Victoria Kimani, a singer from Kenya, seems to want to resurrect it again as she has dissed Nigerian music superstar, Tiwa Savage in a recent tweet seen.

You would recall a few months ago that she had called out Tiwa Savage for stopping her bags and constantly sleeping with old men for fame and fortune. 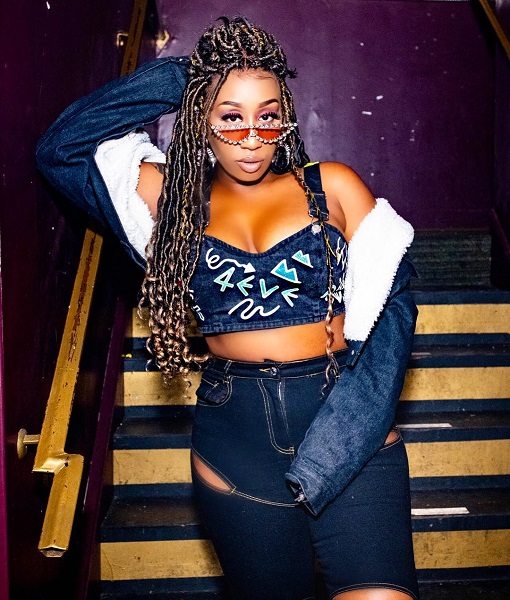 This is the same singer that had expressed displeasure over the absence of Kenyan singers in Beyonce’s upcoming album ‘Lion King:The Gift’ and it features six Nigerian pop stars including Yemi Alade, Burna boy, Mr Eazi, Tekno, Wizkid, Tiwa Savage as well as Ghana’s Shatta Wale.

In a tweet, Kimani @victoriakimani had said, “As much as we celebrate with our fellow Africans, the obvious exclusion of Kenyans/East Africans on this Soundtrack is depressing. The movie was based on Kenya.That’s fine … . Our Queen forgot about US. WE were not represented in her love letter to us. It hurts. That’s all.”

As much as we celebrate with our fellow Africans …. The obvious exclusion of Kenyans / East Africans on this Soundtrack is Depressing…. The movie was based on KENYA 🇰🇪

Not long after all that drama, the Kenyan seductive songstress, Victoria Kimani has once again dragged Tiwa Savage and this time she attacked in a savage manner. Still in the spotlight for her critic remark towards Beyonce for not featuring East African artistes on the upcoming Lion King: The Gift album, Kimani has caused another stir on the internet.

She took to her Instagram page to reveal that she had been working tirelessly in a studio in the US to reach her 50 song goal. However, a troll shaded her by telling her that none of her songs are a hit and advised her to contact Tiwa Savage for a collaboration in order for her to have her hit song. Victoria Kimani did not hesitate to tell her troll and Tiwa Savage, “Lmaooo F*ck You and her. Both of y’all don’t want to smoke.”

Trust Nigerians! Her remarks did not sit well with a lot of Nigerians and she was heavily bashed. They made sure to categorize her as an angry bitter woman jealous of another woman’s success and attacked her for always dragging Tiwa Savage on social media. Here are some comments gathered:

“olumide_babs: This one just dey sprew tr*sh everywhere. She could’ve just attacked the troll alone and leave Tiwa out since she didn’t join him to drag her.”

“degostee: What’s the problem with this Kimani abi Kenimani? Can’t she slam the miscreant in her tweet without taking a jibe at Tiwa?”

“bbluvy: And you can never blow if you keep being bitter about someone else’s progress. Be hating while she keeps making her money. Nigerians made you and can still unmake you. If MI didn’t sign you who would have known you? Ungrateful fellow, bitter leaf Kimani.”

“badgirl.prisca: She’s just angry and she’s not in Nigeria o! What if buhari is her president, she will just drink sniper.”