Afrobeat singer, Seun Kuti, son of the late Afrobeat legend, Fela Anikulapo-Kuti, has shared a video of his father as he remembers him on the 22nd anniversary of his death.

The iconic figure, Fela Anikulapo Kuti, who was a multi-instrumentalist, musician, pioneer of the Afrobeat music genre, human rights activist and political maverick died at the age of 58 from complications related to AIDS. Seun took to Instagram on earlier today being Friday, 2nd August to reminisce about his father. He wrote;

Seun and his elder brother Femi are the two commercially successful musical offspring of the late Nigerian Afrobeat innovator Fela Kuti. Seun also has one younger sister who used to sing in his band. 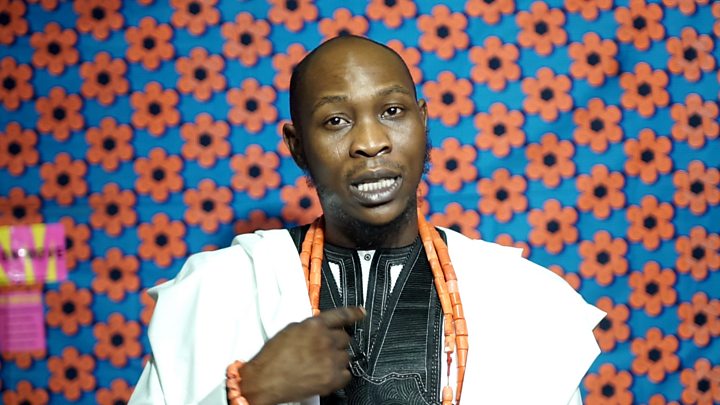 The legend Fela sure made an impact in the nation and in the hearts of many before his demise.

Previous story :'I can accept the fact that you won't own up to raping someone, but STFU'

On-Air Personality, Kayla Oniwo took to Instagram to share an advice on toxic relationships which according to her may be within families, friends, partners and business partners. Sharing her own experience, OAP Kayla Oniwo recalled being drained emotionally, mentally and physically without knowing
July 29, 2019July 29, 2019

BBNaija: Checkout exclusive pictures of housemates during Seyi’s Coronation as the Tor Tiv

The wealth Regina Daniels is flaunting is my mother’s sweat, i will fight till we get it back- Ned Nwoko’s first son reveals

Ned Nwoko’s son Emzy Ned Jnr, isn’t done yet with his father’s new wife, Regina, this time accusing her of flaunting his my mother’s sweat, saying he will fight till he gets it back. He took to his IG page to rant about how the actress Regina Daniels and her mother flaunts his mother’s swe
July 19, 2019July 19, 2019

BBNaija: Moment Biggie Made Mercy Cry During Her Diary Session; See What Happened

Mother, mum, ma, mamma… Call her by any name you love to. But have you ever thought how much she loves you and what all sacrifices she has made for you in her life? Sacrifices fondly and lovingly made without a second thought… all for you… while you were busy in your own world. 2019
July 25, 2019July 25, 2019

Nigerian singer Abolore Adegbola Akande popularly known 9ice has been accused of snubbing the welfare of his son, according to what we gathered in a new post by his babymama, Toni Payne. The new revelation by Toni Payne is coming days after 9ice was reported to be preparing for marriage after he re
December 26, 2019December 26, 2019

Following today’s confrontation between BBNaija housemates; Mercy and Tacha which at some point turned physical, Ex housemate of the previous season of the reality Tv show has reacted by throwing an open question and sharing the rule book of the show to all. #BBNaija: Kemen shares a photo of BBNai
September 27, 2019September 27, 2019

Regina Daniels Sings a Love Song To Her Husband, Ned, As They Enjoy A Ride Together (Video)

Teen Actress, Regina Daniels is making every effort that she didn’t get into marriage ‘for the money’ as she was seen singing a love song to her older husband, Ned Nwoko. Regina was singing along to Westlife’s ‘Somebody needs you’ as her Hubby remained focused on the road during a ride t
July 29, 2019July 29, 2019
Next