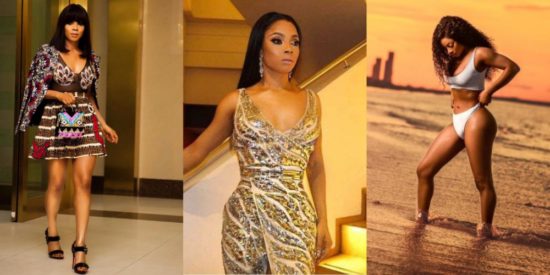 Toke Makinwa has taken to her social media to advice fans of reality TV star from the Big Brother Naija show to stop putting pressure on their favourite housemates.

According to her, it’s not worthy and moreso it causing more harm to them. Toke, an OAP who’s got all the slay you ever want to see, also pointed out that some of the former BBNaija’s housemates are not doing well and they have to start from the scratch.

Been so long since I aired my thoughts on social issues cos I’m busy building my empire but you BBrotherNaija fans really need to stop tripping and putting so much pressure on your favourite housemates..

You guys are causing more harm than good, stop putting them against each other, the show is over let them focus on building their lives, this type of constant competition causes depression, just quit already, You can support your favourite housemate outside the house without fighting and insulting yourselves or other housemates, get your own lives on and leave them to fight this new phase, we are all tired.

The industry is hard as it is, they are not yet even in the industry, all the noise does not bring success, it doesn;t help anyone. Ask the other housemates, some of them had to start from scratch, let people focus and do what they need to do to really succeed. 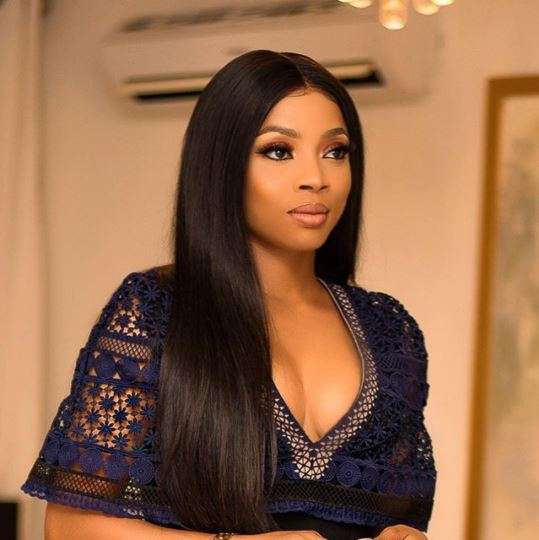 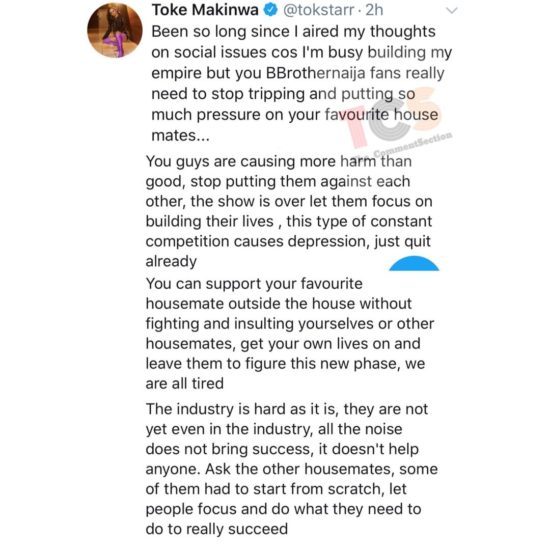 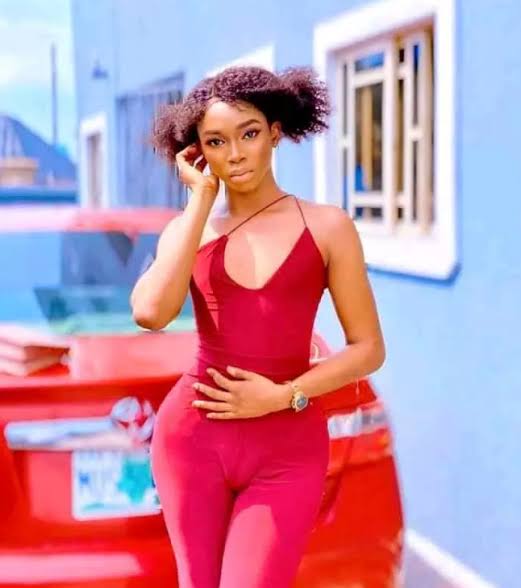 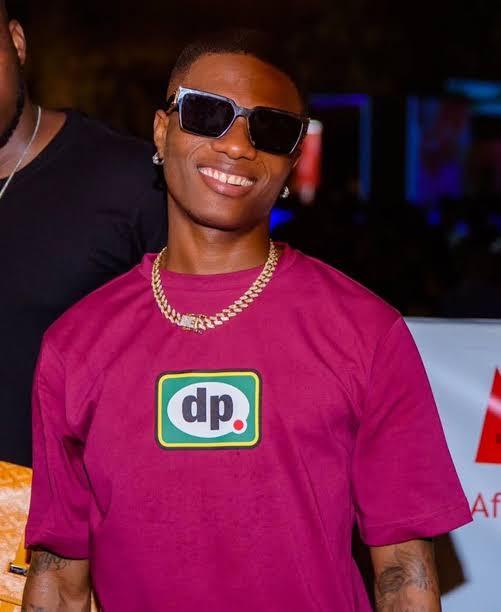