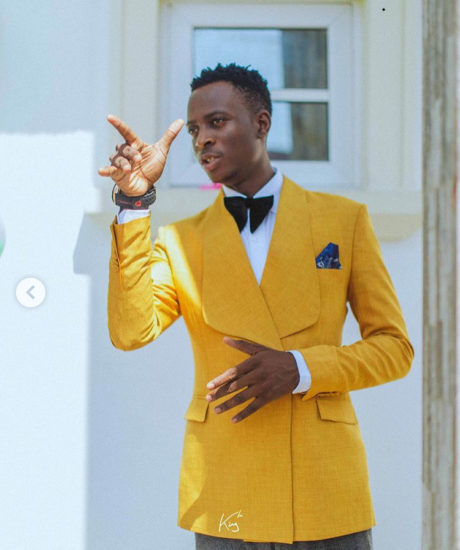 Instagram comedian, Sydney Talker has no way released the result of his covid-19 test on social media. He finally shared after he was dragged for calling out NCDC for refusing to test him.

Sydney was trending on Twitter yesterday with hashtag #SydneyWeyYourResult which gained momentum, giving social media users a platform to drag the comedian .

Recall that the Instagram comedian had called out the Nigeria Center for Disease (NCDC) who he accused of refusing to test him after he showed mild symptoms of the disease.

He has now taken to social media to reveal the result of the test. He also dispelled claims that he was seeking public attention with his allegation against the NCDC. The comedian wrote;

He however dispelled claims of seeking public attention with his allegation against the NCDC. The comedian wrote;

My Test Results just got in from Lagos State Ministry of Health and thankfully it is NEGATIVE.

To those who felt this was a PRANK or CLOUT CHASING, I have just one question ” Why would I chase clout at the expense of my life ? “

To everyone who prayed for me in my weakest moment and for quick recovery, I pray that on the day you are in distress may you also find help and recieve prayers IJN Amen 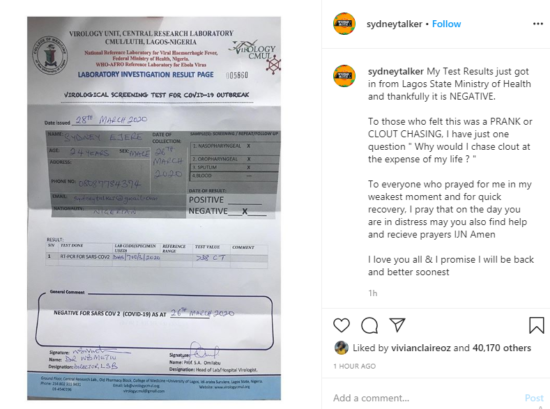