A Nigerian man identified simply as Eka has narrated how his cousin got betrayed by his girlfriend after she cheated on him with another man in school. The man narrated the story on the popular micro-blogging platform, Twitter.

The young man explained that his cousin, who has been sponsoring his girlfriend’s education in the university, was left heartbroken

Eka revealed that his cousin is a fashion designer and he has been using profits gained from his tailoring business to pay for her school and other education related stuff.

According to Eka, he just found out that the lady got pregnant for a man in her school. Eka stated that the owner of the pregnancy is even her coursemate. 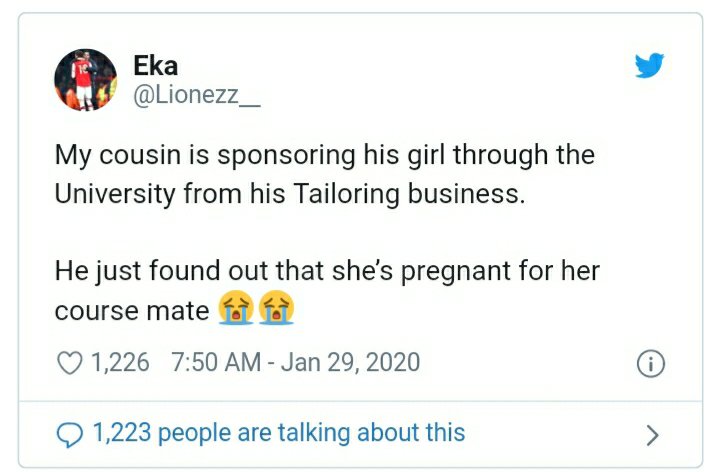