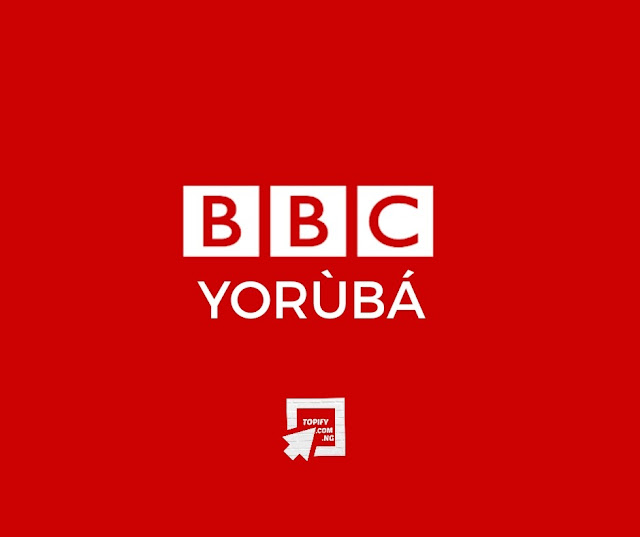 BBC Yoruba is a news platform and one of the African language service begun by BBC with proper reporting and analysis in Yoruba language.

BBC Yoruba is one of the two new language services been launched by the BBC World Service in February, 2018 for Igbo and Yoruba speakers in Nigeria and West and Central Africa.

The new services are part of the World Service’s biggest expansion since the 1940s, following a government-funding boost announced in 2016. In total, 12 services are being launched by the BBC in Africa and Asia.

BBC Yoruba news portal offers quality local and global news in Yoruba language. The role of these services in political and social development is unending.

The BBC’s expansion in Nigeria – Africa’s most populous country where more than 200 languages are spoken – began last year with BBC Pidgin, which targets those who use the regional English-based lingua franca. It is primarily an oral language, without a standard agreed written form.

The British Broadcasting Corporation (BBC) is a British public service broadcaster. Its headquarters are at Broadcasting House in London and is the world’s oldest national broadcasting organisation and the largest broadcaster in the world by number of employees.

Broadcasting House in Portland Place , London, is the official headquarters of the BBC. It is home to six of the ten BBC national radio networks, BBC Radio 1, BBC Radio 1xtra, BBC Asian Network, BBC Radio 3 , BBC Radio 4 , and BBC Radio 4 Extra . It is also the home of BBC News , which relocated to the building from BBC Television Centre in 2013.

Hot now!  How to Reduce Background Noise on Mic Windows 10?

BBC News is the largest broadcast news gathering operation in the world, providing services to BBC domestic radio as well as television networks such as the BBC News, BBC Parliament and BBC World News.

Meanwhile, Yoruba brag one of the largest number of speakers, spoken as a first language by at least 90 million people, and as a second language by another 50 to 60 million or more. Yoruba has developed into a lingua franca across much of Western Africa for purposes of trade. And with its popularity, Yoruba language has become more commonly published in print and online not excluding the attraction to BBC

BBC Yoruba is the Yoruba language service of BBC World Service meant primarily for the Yoruba-speaking fellows in West Africa. It is part of BBC foreign language output of 35 languages, of which seven are now African languages (as of the time of this post). The language service include radio station, Abuja bureau office and daily updated website which serves as a news portal and provides information as well as analyses in text, audio and video and provides online access to radio broadcasts.

BBC Yoruba news portal is a simple layout inherited by the traditional BBC news website with the latest options showing at the top while the other sections arranged in such a manner that people see the most relevant content.

The BBC Yoruba news portal is one of the best newsstand designed for a targeted audience. On BBC Yoruba you get instant, trending and breaking news on the go.

Hot now!  How To Fix 500 Internal Server Error In WordPress

The official BBC news in Yoruba version is all in all as it covers divers topics. Get the latest daily news on BBC Yoruba ranging from news, politics, business, energy, sports, entertainment, fashion, lifestyle, to human interest stories and so much more.

BBC Yoruba is the news network that focuses on Nigeria portrayed or in Yoruba language and its issues along with the region but originates from African continent.

To the whosoever understands Yoruba, you can move towards the most recent news section and get what you expect while other section shows the biggest coverage of the events and the happenings from the smallest to most significant activities throughout the continent.

The BBC Yoruba news portal layout is interactive with the user having to find all the options on the main page which saves time and allows for the options to get located without any worries.

Although it covers news and the latest developing stories around the globe, it is the way in which the analysis is carried out, and the work was done which makes it a better choice.

BBC Yoruba.com covers various sections such as breaking news, developing stories, entertainment, politics and fashion that have the interest of people who understood Yoruba language.

The BBC Yoruba platform has made a name for itself more than others just because it also considers and shares the content on various platforms on the web which has become famous among a new Yoruba generation.

BBC Yoruba gives a proper idea of what to expect from this platform and which cover some of the latest news along with the breaking and most read content in the business and consumer industry.

What Is Kodi? What Are Its Features? Is It Illegal? -- All Questions Answered<br><br>