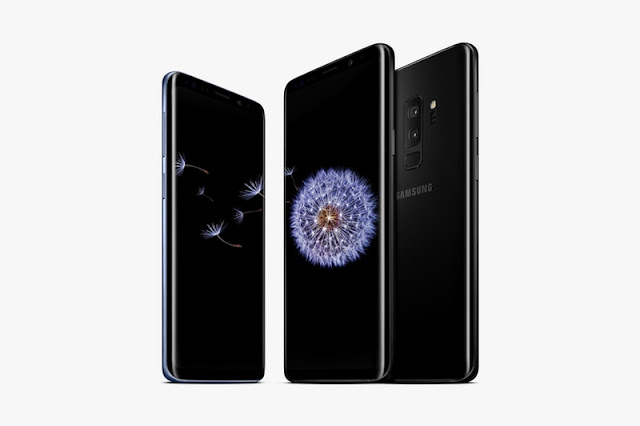 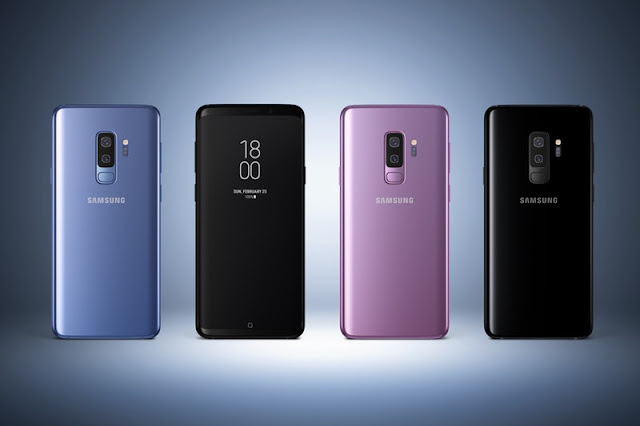 Meanwhile, AR Emoji will allow users to create an emoji that mimics their own personaliziation, utilizing a standard AGIF file that facilitates sharing the creations across most third-party messaging platforms. Additionally, Samsung’s intelligence platform Bixby is integrated into the new phones and uses augmented reality to enhance new features like live translation and a food calorie counter.

Samsung Galaxy S9 was announced on stage at MWC 2018 Galaxy S9 and pre-orders aftermath in Europe while its initial release date is March 16.

Samsung Galaxy S9 is a 5.8 inches smartphone yet again from Samsung Electronics with a screen having resounding resolution of 1440 by 2960 pixels.

Samsung S9 official SIM free price set at £739 / $719.99 if you buy from Samsung while Further pricing is set to follow as per your location is worldwide.

Samsung Galaxy S9 has a 5.8-inch QHD+ Super AMOLED display with a resolution of 1440 x 2960. That equals 567 pixels per inch, which should allow for a super-crisp and clear picture for the high-end flagship device.

Again it has a screen ratio of 18.5:9, with slightly slimmer bezels at the top and bottom of the screen to allow for the same size screen in a smaller body than the Galaxy S8.

Samsung Galaxy S9 has a largely similar design to the Galaxy S8; a replaced fingerprint scanner below the rear camera while the headphone jack remains same.

Samsung Galaxy S9 colour options, you’ll be able to buy the phone in Midnight Black, Coral Blue and Lilac Purple in most territories and some lucky countries will also enjoy the Titanium Gray version.

More on Samsung Galaxy S9 design, there’s still a glass back, a rounded display on the front and slim bezels, with the aim of merging the screen almost seamlessly with the body of the handset.

Samsung claims the design improvements for the phone include the iris scanner hole being hidden, as well as less bezel at the top and bottom of the display.

The screen is now also a touch darker when off, with Samsung presumably thinking this will obscure the lines that bit more between the body and the display, to make the S9 look even more futuristic than past devices.

On the front of the Samsung Galaxy S9 lies an 8MP shooter with an f/1.7 aperture and 12MP at the back. This camera also plays into the facial recognition technology you could ever imagine.

Samsung claims this Samsung Galaxy S9 will ‘reimagine’ the camera with a single-lens camera with variable aperture, unlike Galaxy S9 Plus and super-slow-motion video as well as added animated emoji features.

The Galaxy S9 only features a single lens on the rear of the phone, but Samsung has packed in lots of improvements in its effort to ‘reimagine’ the phone camera.

There’s a 12MP rear sensor with optical image stabilization, and a lot of the other features we’ve come to expect from high-end Samsung devices.

One of the biggest upgrades is new dual-aperture technology, with the camera automatically adjusting the aperture depending on the scene you’re shooting, much like the human eye adapts to changing light.

Samsung Galaxy S9 has a 3,000mAh cell to power it along on a daily basis. Exactly how long this will last is currently unclear, but it’s expected that the new processing tech inside both versions of the phone will make it a touch more efficient than the Samsung Galaxy S8 was.

There’s wireless charging technology here again too, so you’ll be able to use a variety of different pads to charge up your phone without plugging it in. Plus there’s fast charging on offer here as well, but you’ll need to use the official charger to get the full power into your phone in the minimum amount of time.

Samsung Galaxy S9 in some markets get one with the Qualcomm Snapdragon 845 and others will have Samsung’s own Exynos 9810 chipset inside with just 4GB of RAM in all versions of the Galaxy S9.

In one market, you’ll get a version of the phone packing a Qualcomm Snapdragon 845 chipset, and the S9 is set to be one of the first phones to get this technology from Qualcomm.

Samsung Galaxy S9 packs an AR feature (AR stands for augmented reality) and this feature uses the front camera to take a selfie and make an emoji based on your looks.

It uses facial recognition and can recognize over 18 different expressions. It’s a similar idea to the Animoji feature available on the iPhone X , but this allows you to make your own character and give it different hair colors, dress senses, 12 different clothing options and choose from 7 pairs of glasses.

Samsung is also bringing big improvements to its Bixby Vision project too. When you’re in the camera app you can tap the Bixby option to access a variety of different new features, including tracking the place you’re in (it provides the name and details of where you are) or pointing it at food, at which point it will try to work out what it is and even estimate the calories.

There’s another feature called Live Translation that allows you to put the camera over a menu or text and auto translate it. You’ll need an internet connection and to wait a few moments for this to work, but it’s an interesting addition that may come in useful when you’re traveling.

Plus, Bixby Vision offers an enhanced beauty mode, so you can change the look of your selfies too.