Tonto Dikeh and Bobrisky, recently left a fan stunned after they individually credited his bank account with large sums of cash. 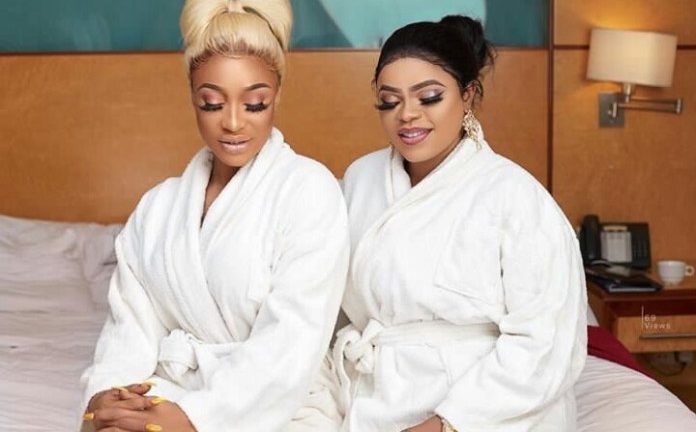 The fan, identified as Solomon Buchi, took to his social media page to recount how he had gotten the attention of the two, and ultimately scored monetary favors from them.

Buchi, who is a writer explained that he dropped a comment under one of Bobrisky’s Instagram post, which was dedicated to his best friend Tonto; who had gifted him a brand new Iphone 11 pro.

In his comment, he commended Tonto for her generosity and how he would also like to surprise a pal with a good phone.

He, however, expressed that his intentions are far-fetched as he is barely managing an old model of the luxury mobile device.

To Buchi’s surprise, the screen diva spotted his comment and responded to it by promising to credit him with the sum of N150k.

Similarly, Bobrisky who also got wind of the development supported the initial N150k from his friend with another N100k. 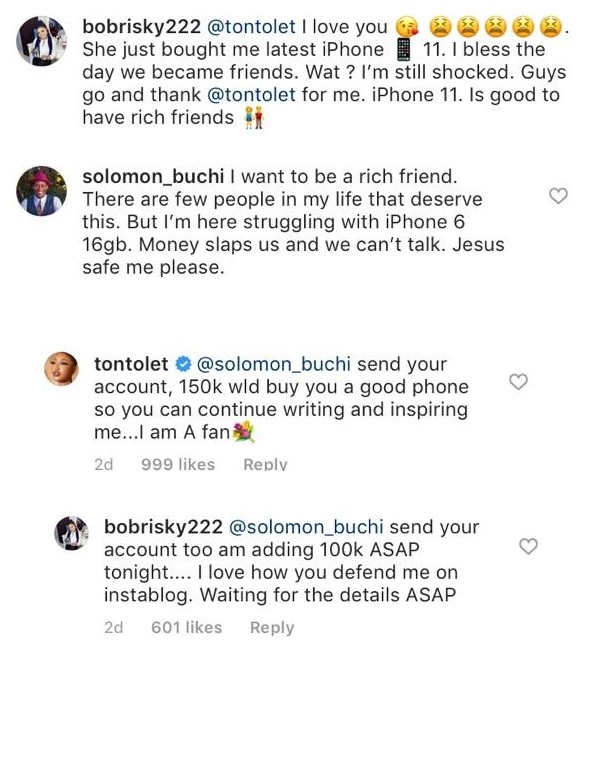 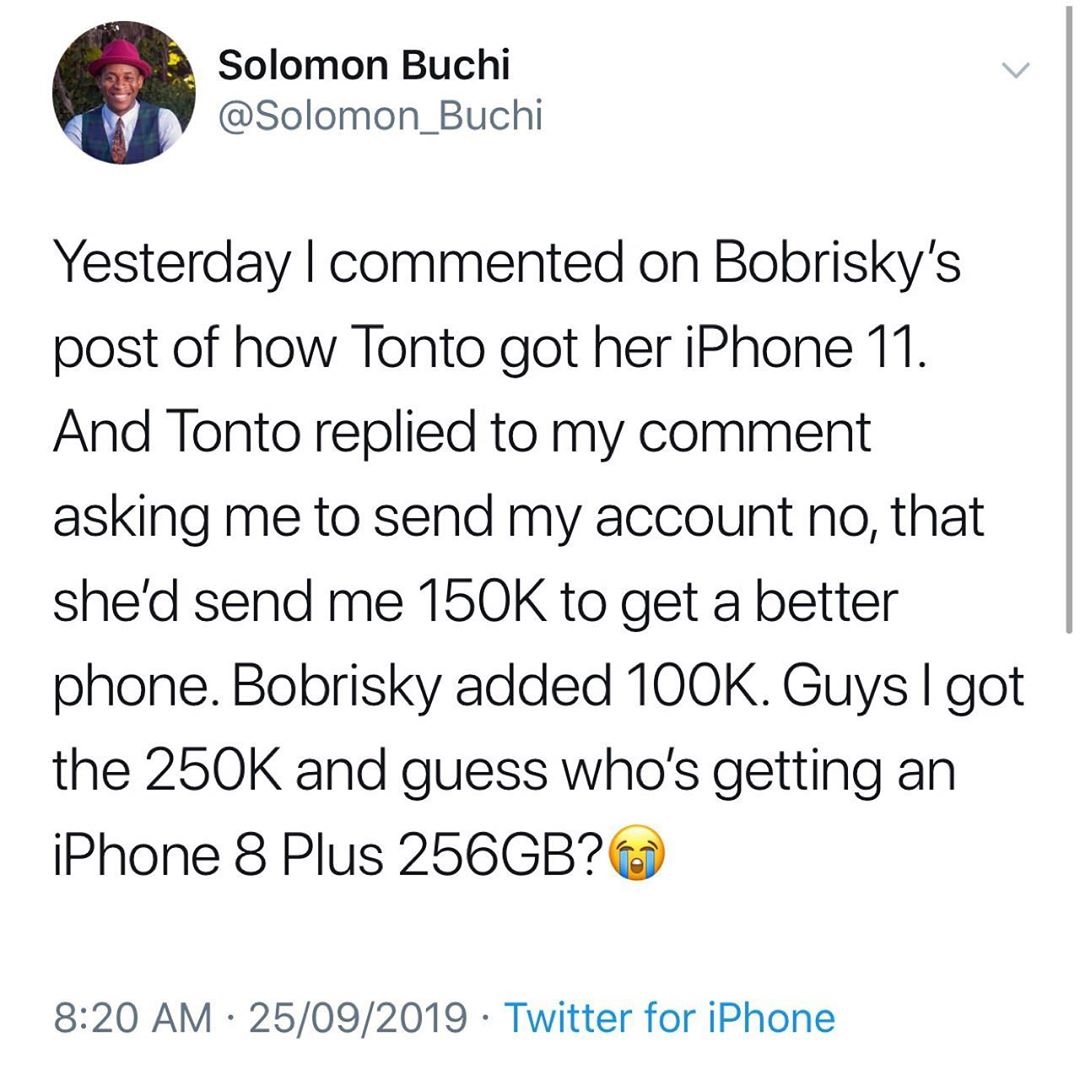 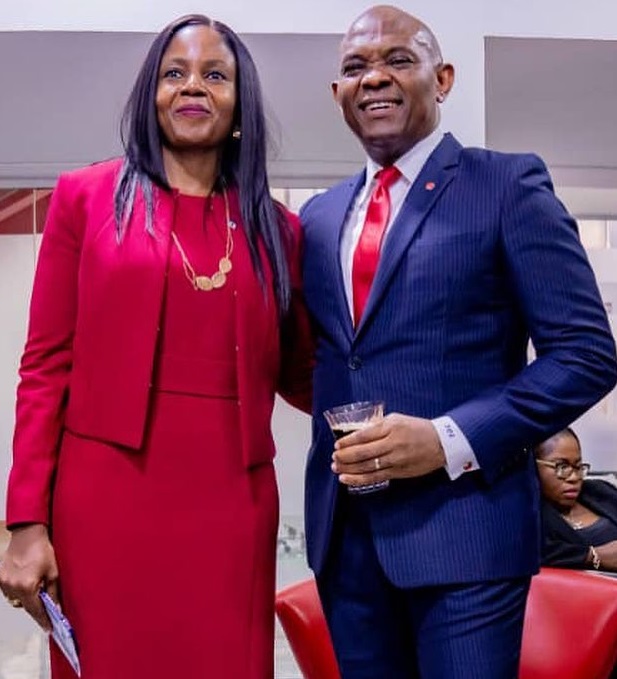