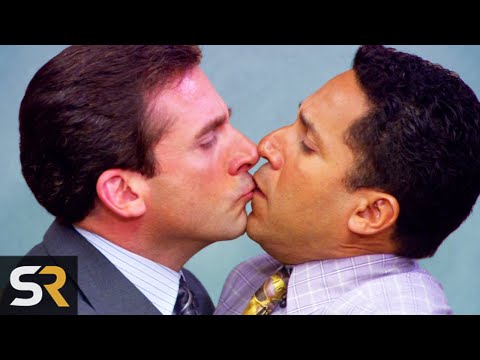 There's no way these TV moments could have been scripted!

When an actor decides to go off script, we’re left with some of the best parts of any show or movie. You likely know a lot of the great improvised moments in film by now, but what would from television? There are an equal amount of great moments that were entirely off script and we found a slew of them for you to marvel over.

For instance, the famous kiss between Oscar and Michael Scott in the Office was entirely improvised by Steve Carell. Benedict Cumberbatch actually forgot his line on the wedding episode of Sherlock and decided to try and complete the scene nonetheless. Breaking Bad, one of the best written shows of all time, has the improvised scene involving two Kings close to the series finale while the Marvel show Agents of SHIELD actually found a way to pay homage to Breaking Bad in an improvised moment.

Orphan Black had an entirely improvised sequence, with the camera left rolling to allow the actors to do their thing while a few instances on Scrubs saw the script encourage improvisation for Neil Flynn. KJ Apa actually broke his hand by accident while filming a scene for Riverdale while the creepy yet hilarious smile from Tormund in Game of Thrones was never part of the script. One of the Walking Dead’s few moments of levity was entirely improvised by Norman Reedus while the recurring slap on NCIS actually started as a way to vent frustration. The Thanksgiving Song on Bob’s Burgers was also entirely made up on the spot. Buffy the Vampire Slayer saw Seth Green question the logic of animal crackers while Supernatural saw Dean give his trademark line so unexpectedly that Sam had to turn away from the camera in order to hide his laughter.