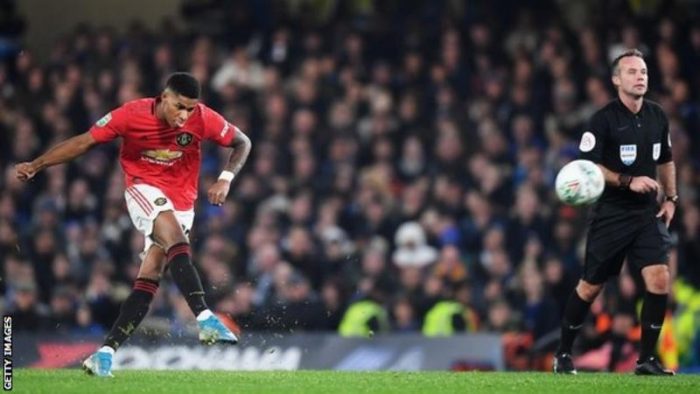 The England striker gave United the lead with a penalty after Marcos Alonso fouled Daniel James.

Michy Batshuayi equalised for Chelsea, who had won their last seven games, with a great run from the halfway line and finish from outside the box