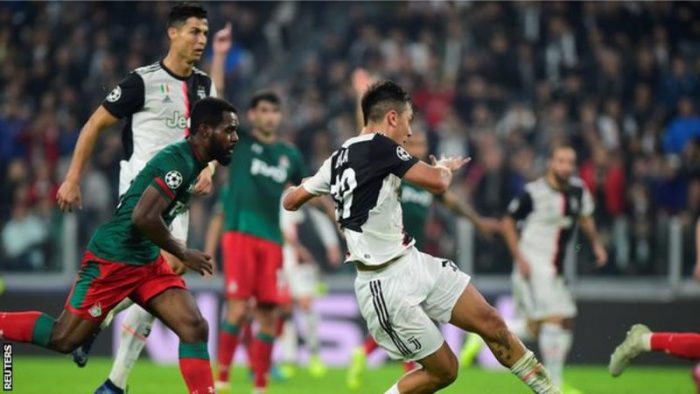 Paulo Dybala scored two late goals as Juventus came from behind to beat Lokomotiv Moscow in the Champions League.

Lokomotiv took the lead in the first half after Aleksei Miranchuk fired past ex-Arsenal goalkeeper Wojciech Szczesny on the half-hour mark.

Despite dominating possession against the three-time Russian Premier League winners, it took until the 77th minute for Dybala to curl a left-footed effort past Lokomotiv goalkeeper Guilherme to draw the game level.