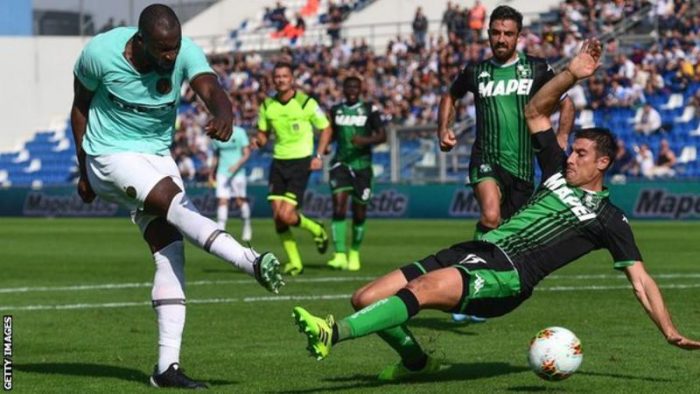 Antonio Conte’s Inter, who are one point behind leaders Juventus, had led 4-1 thanks to doubles from Lautaro Martinez and Lukaku – with Domenico Berardi equalising for the hosts.

Former Manchester United striker Lukaku’s first was a powerful drive and his second was a penalty.