Beyonce’s latest body of work ‘The Lion King: The Gift’ is finally out, and Nigerians are so excited!

It dropped Friday, July 19, 2019, serving several features with Nigerian artists like Wizkid, Burna Boy, Tiwa Savage, and a host of other African acts. Since the moment it dropped, it has been a constant trend on Nigerian Twitter as fans have referred to it as ‘inspiring’ and ‘emotional.’

You made Us proud by nailing that #brownskingirl track with Beyonce. Thank you for always coming through for the Continent. You're a true king 👑
We respect you forever 🐐

All featured on the Beyoncé album. Nigeria to the world. Proud 💚🇳🇬 pic.twitter.com/NrmtwAcPCV

You made Us proud by nailing that #brownskingirl track with Beyonce. Thank you for always coming through for the Continent. You're a true king 👑
We respect you forever 🐐

Inspired by the 2019 remake of the classic Disney movie ‘Lion King,’ which is currently showing in cinemas nationwide, the album ‘Lion King: The Gift’ comes with a line up of incredible music acts. 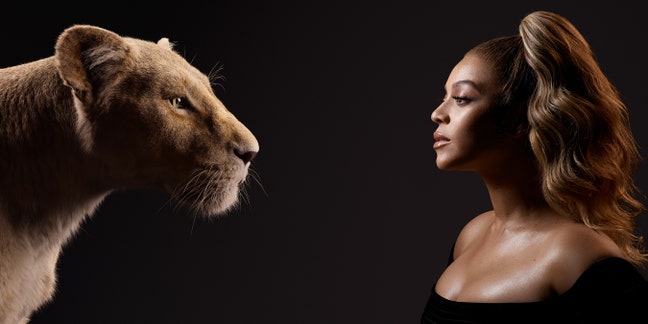 Check out the top 5 tracks Nigerians love on Beyonce’s Lion King Album below:

In this track, Beyonce praised black women and their skin colour. Nigerians were amazed at the depth of emotions Wizkid and Beyonce were able to bring to the surface and they have taken to twitter to share their reactions.

Who knew a Beyonce X Wizkid collaboration would be so spiritual

Wizkid & Beyonce snapped on that song.

Rt, if you think we deserve another joint from Queen Bey & King Wiz.#TheGiftAlbum #brownskingirl

“Your skin is not only dark, it shines and tells your story” #BrownSkinGirl pic.twitter.com/kiPq8WEaXQ

Like Beyonce actually allows Wizkid do his thing, like she knew he's got the juice and sauce, she had to backup and allow the king do his thing. @wizkidayo King i stan 💯#brownskingirl

SHOUTOUT TO ALL THE BROWNSKIN GIRLS OUT THERE I CHOOSE YOU OVER AND OVER A BILLION TIMES ♥️♥️♥️#TheLionKing #TheGiftAlbum #beyonce #wizkid #STARBOY #StarBoyWorldwide #brownskingirl pic.twitter.com/d37VSVCClW

Burna Boy took Nigerians to a higher level of euphoria when it was revealed that he was the only one to sing a solo on the album. Check out some twitter reactions below:

Burna out here winning and repping 🙌🏾🙌🏾. He killed it too

Burna boy made me so proud with Ja ara e, I feel like a proud wife.

Burna Boy is the best mainstream musician in Nigeria abeg. This is outstanding. pic.twitter.com/XRHdUu10il

One of the biggest rappers in the world, Kendrick Lamar nailed this one with his thought-provoking lines and Nigerians are vibing to it already.

Ghana was not left out of the mix, as Shatta Wale was also featured in the album. The controversial singer is considered the biggest Dance hall act in the whole of Africa and he again proved himself in this track.

So locals all around the world get to be introduced to proper Afrobeat via Beyoncé?!
THE POWER!!!!
I see heavyweights like Tiwa Savage, Tekno, Wizkid, Burna Boy, Yemi Alade, Me Eazi, Shatta Wale…bitch I’m living!!!
My Nigerian heart is proud and grateful to Queen Bey!😭💜 pic.twitter.com/xZiBlUDMBc

The African barbie, Tiwa Savage was not left out of the mix as she featured in ‘Keys to the Kingdom’ alongside Internally recon=gnized act, Mr Eazi. Tiwa took to her twitter page to say: “Dedicated to All African men and men of African descent. Omo oba ma gba gbe (Son of a King, don’t ever forget who you are) you are the King to your Kingdom.”

Dedicated to All African men and men of African descent. Omo oba ma gba gbe (Son of a King, don’t ever forget who you are) you are the King to your Kingdom ❤️ #LionKing2019 #TheGift pic.twitter.com/jv1WmShv7X

Is Beyonce’s #LionKing soundtrack set to cement Afrobeats in the global mainstream? 🤔

Which track is your favourite? Tell us in the comment section.