eBuzz Nigeria
Home Viral AKA sends strong message to Burna Boy as he plans to return... 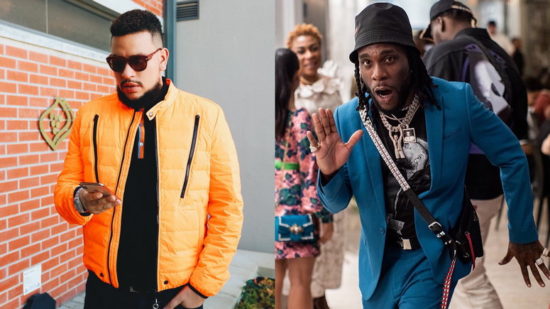 People are saying that Nigerian singer, Burna Boy has an upcoming show in South Africa for a concert.

The gist is that an online news platform had announced on Wednesday, October 23, 2019, that Burna Boy will be in South Africa for a concert.

“Burna Boy is coming to Mzansi despite his tweets on xenophobia,” it tweeted.

It didn’t take long before AKA who had a little online altercation with Burna Boy about a month ago during the xenophobic attacks in South Africa responded to the tweet.

“I would love to attend this show and watch this man put his hands on me in my own country,” he wrote.