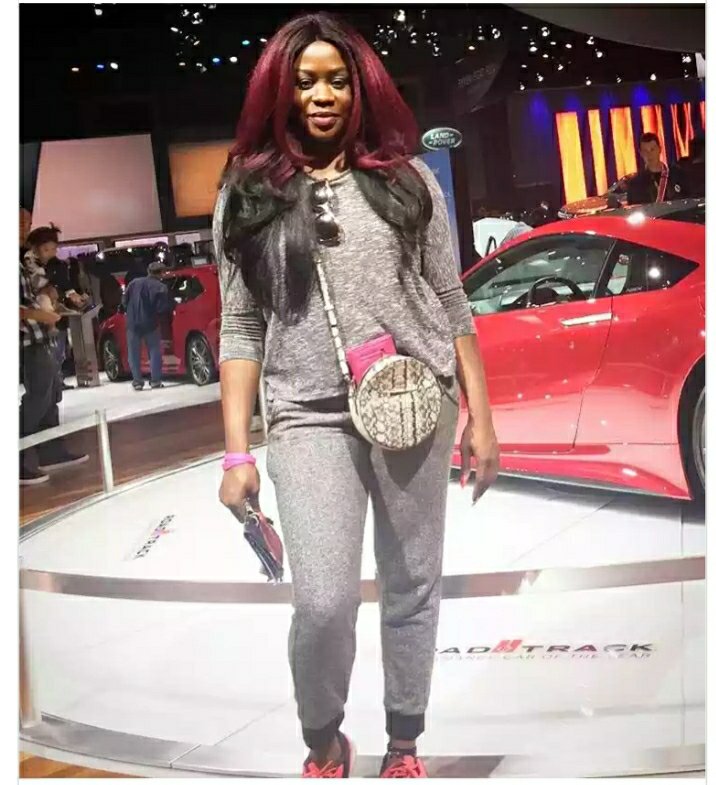 In recent times, the Nigerian entertainment industry has been causing quite a buzz on social media as it has led to artistes, show promoters, managers, etc, calling each other out.

It was the turn of former talent manager, Toni Payne, to call out popular comedian, AY Makun. The young lady recounted her experience with the comedian.According to her, she and AY used to be very cool until when she asked him for a favour concerning the artiste she was managing at the time, Olamide.

Payne had begged AY to allow Olamide perform at his show, a request that was turned down because the singer was not popular enough.

Explaining further, Payne said that Olamide had started to do well a year later and then AY showed up conveniently needing a favour. He had asked for Olamide to perform as a ‘friend of the house’.Payne said that her plan was to ask for payment and even double their regular fee but that ID Cabassa begged on the comedian’s behalf. 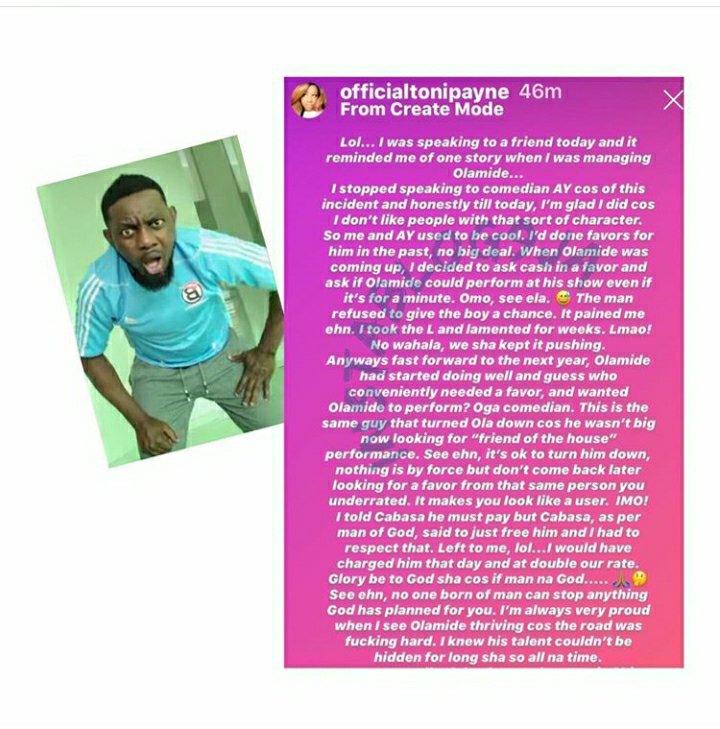