eBuzz Nigeria
Home Viral BBNaija: Biggie Makes A Scapegoat Of Tacha; Bans Her, Others For Doing...

Having had enough with the Pepper Dem gang constant disregard of the House rules, Biggie decided to make a scapegoat of a few of them, Tacha included.. He has banned them from participating in some of the coming week activities

Time and time again, Biggie has warned the Pepper Dem gang about their flagrant disregard of the House rules and now, he has decided to make an example of some of them. Frodd, Sir Dee, Joe, Tacha, Omashola, Mike, Enkay, Elozonam and Jackye will not be allowed to participate in the Veto Games and Head of House Challenge in the coming week as punishment for flouting Biggie’s instruction not to enter the two main bedrooms. 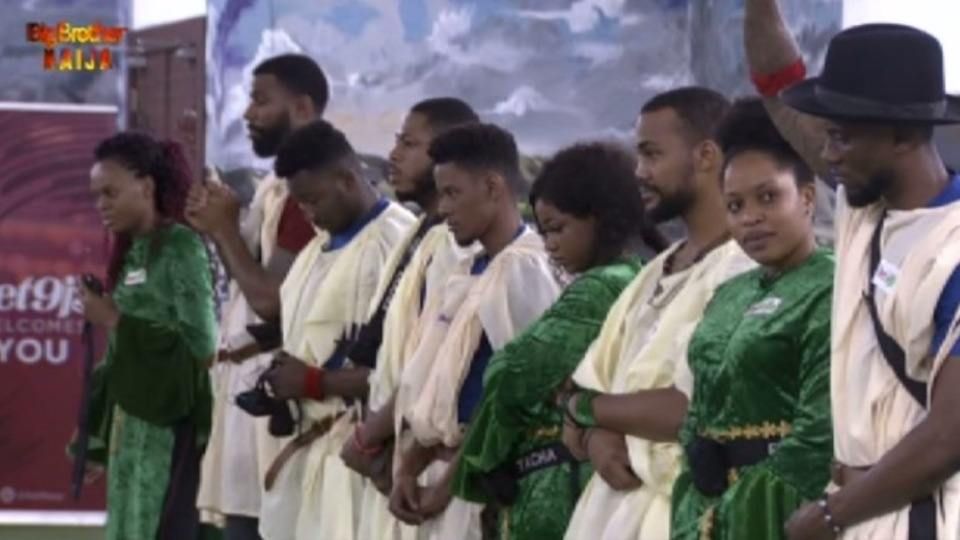 As much as it might hurt these Housemates, it’s worthy to note that they did bring this on themselves. The scary part is that Biggie still promised more actions on this issue and also address all the other House infringements. The failure of the Housemates to adhere to simple instruction earned them more reproach.

Just in case you aren’t aware, a couple of the #BBNaija Pepper Dem gang got punished last night. Find out why.

Are we witnessing a new side to Biggie? Has he gone from the all-loving Big Brother to a no-nonsense having Big Brother? Which other members of the Pepper Dem gang do you think deserve to feel Biggie’s wrath?