Ex-BBNaija housemate, KimOprah, who was evicted from the Big Brother Naija ‘Pepper Dem’ reality show on Sunday, July 14, has been on tours and granting exclusive interviews at different media houses in Lagos city, alongside Ella who was evicted on the same day as Kim.

In their interviews, they’ve been talking about their experiences in the Big Brother house, their relationships with other housemates, their plans for the future and so on.

Earlier today, Thursday, July 18, Ella and KimOprah visited OperaNews Ng and they granted exclusive interviews, just like they’ve been doing ever since they left the BBNaija house.

During KimOprah’s interview, she was asked who she would pick between Davido and Wizkid and she picked Davido and she gave her reason for picking him over Wizkid. Read her her response below; 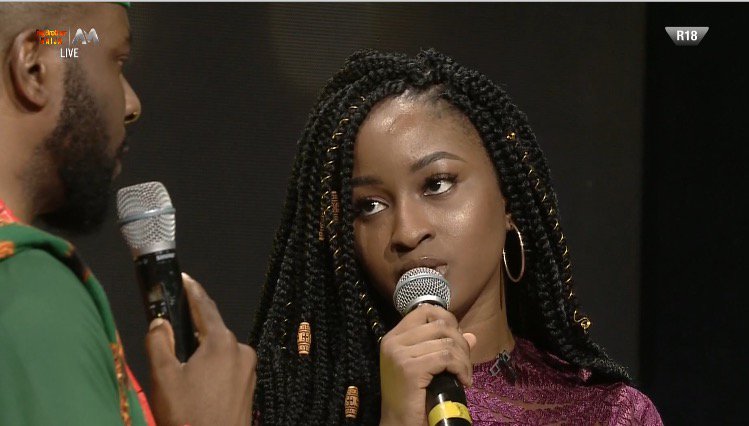 “It’s Davido. Definitely David. I just feel he is more of a lover boy.” And when asked if ‘aunty’ meaning Chioma should be called she said, “No don’t call aunty o abeg before chefchi will kill me.”

Kim said the reason she prefers Davido to Wizkid is because he is more of a lover boy. This obviously means KimOprah prefers men who are more romantic and have a soft spot for women.

Recall that she revealed she dated Gedoni when she was in 200L in UNIPORT and according to her, they’re still very good friends.

Share your comments below, let’s know what you think.