The BBNaija Saturday night party had a lot of twists and turns all thanks to the Pepper Dem housemates who didn’t disappoint viewers with their dance moves and dramatic displays under the influence of alcohol. The aftermath though was one Nigerians never expected. 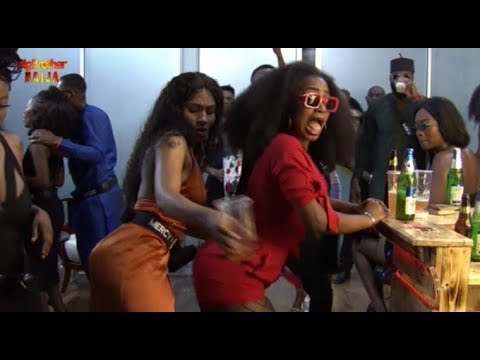 While Mercy and Gedoni quarrelled over Diane and the smashed phone, Seyi who was perceived to have been tipsy, took a jab at Khafi and other ladies who wear makeup to bed.

Though the topic was not as controversial as Seyi portrayed it to be, the Pepper Dem housemate had a heated argument with Khfai who tried to make him understand that it was no big deal to sleep with makeup residues on your face. Watch the video below:

Is Seyi Tipsy or really angry? He just took a jab at ladies wearing make up after the party. The real #BBNaijaPepperDem has begun. #BBNaijia #NoMercyNoPepper pic.twitter.com/ug7gP0QiMw

Do you think, Seyi’s outburst was necessary or was he just under the influence of alcohol? Kindly drop your opinion in the comment section below and don’t forget to share.